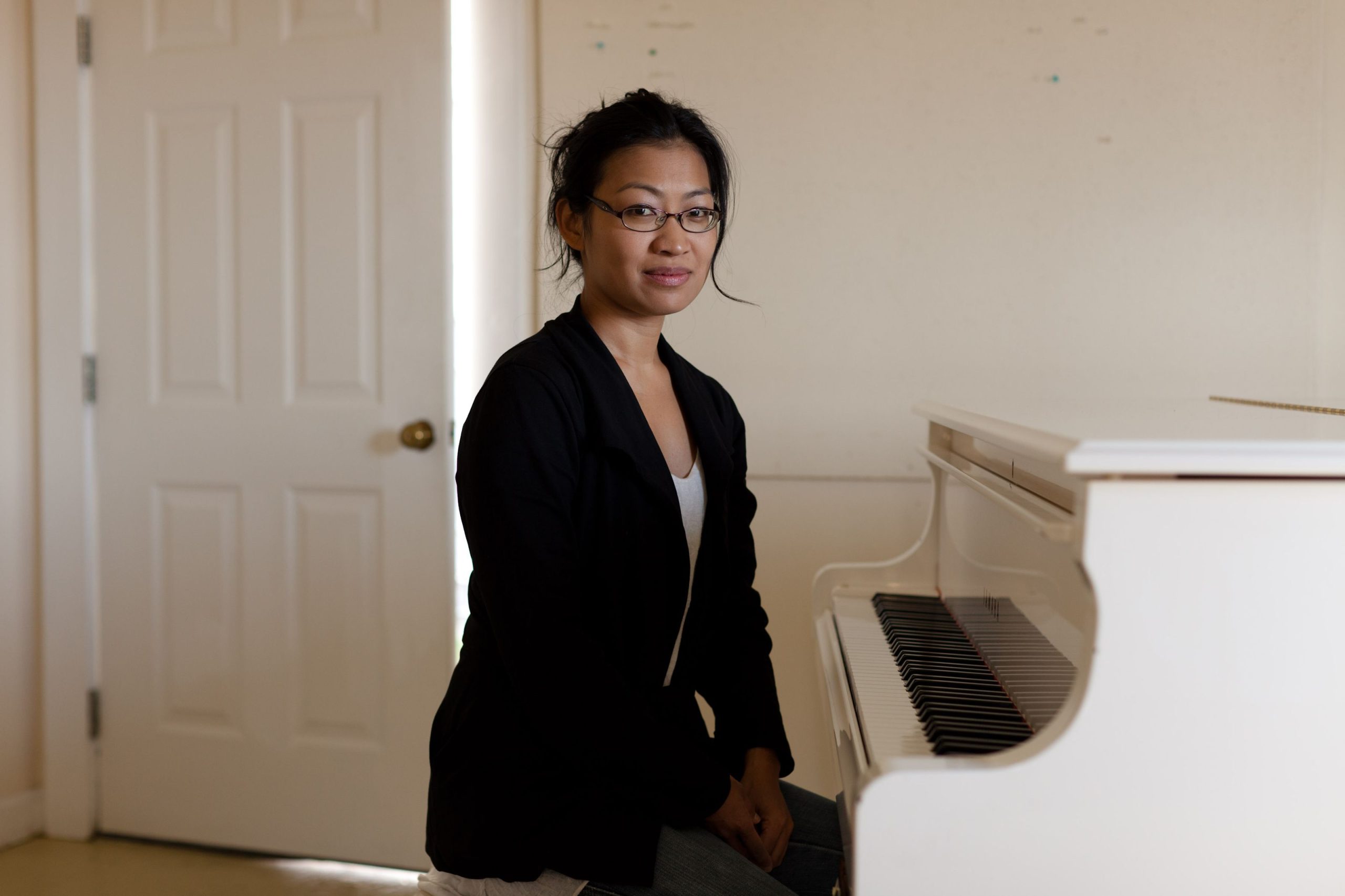 Spend more than five minutes with Faye Chiao and she will make sure you understand that Maestra walks the walk.

Chiao chairs Maestra’s Diversity, Equity, Inclusion, and Access committee and sees first-hand how those values are infused, not only in the committee and its projects, but throughout the entire organization. Prioritizing DEIA values makes a person more attuned to others who may have different lived-experiences than their own, and seeing the representation of many different types of people in leadership empowers previously silenced points of view to be heard and considered. As the theater industry and its many individual organizations today are grappling with issues of inclusion, Maestra is actually seeing their efforts to showcase women and nonbinary musicians, especially people of color, result in more hirings in spaces that were previously dominated by white men.

Coming from a classical conservatory background, Chiao has composed for both opera and theatre. A singer and pianist, she also loves performing. But her career path so far has been, as is typical in theatre, filled with unusual twists and turns. A pivotal moment for her came in grad school, when, having received an award for her song cycle To See the Stars, it was suggested to her by the director of the conservatory that she consider adding a visual component. As her undergrad degree had been in physics, she thought of bringing her piece to the local planetarium, where she could directly tie those visuals and their real meanings to her music.

It was during this experience that someone asked her the question, “What are you going to do when you get out of here?” That question sparked a small revelation for her: that she could produce her own work. She had never considered that she didn’t have to sit and wait for a theatre to produce her work; she could take ownership of her career. She joined the BMI Musical Theatre Workshop, detoured to the Houston Grand Opera, and is now excited to be living in New York City and going into rehearsal on her first full-length musical – a feminist revenge comedy, Fountain of You.

On the way, she found Maestra.

Chiao was lured into musical theatre by her love of music and storytelling. She found the classical new music world to be insular and not very welcoming to women. Musical theatre, on the other hand, fosters much more of a sense of community, and Maestra itself is helping to open that community even further to women and nonbinary creators.

In a musical theatre room, people may wear many hats. There is more fun and also a fierce motivation to get things done in a communal way. Everyone contributes, no one is the “star.” Chiao looks to fellow Maestras Marcy Heisler and Zina Goldrich, who started by selling songbooks out of the trunk of the car, as exemplifying theatre’s innate can-do attitude.

That motivation and willingness to pitch in together kick-started the DEIA committee in January of 2020, when they were able to have a single in-person meeting before the pandemic began and the industry shut down. But having to meet on Zoom didn’t deter the committee, which worked together tightly to create a series of diversity trainings, both for administrators and for the Maestra community in general.

They hired gender consultant Josephine Kerns to help think through Maestra’s mission statement, ensuring that it was consciously serving women and nonbinary people. They worked together with the organization’s Regional and Affinity Groups and spent time with Student Maestras and Maestra Mentorship to infuse those programs with DEIA intentionality and to help establish best practices.

Chiao is most proud of the fact that during this turbulent time, members of the committee stuck together and pushed forward. The committee is impassioned and emboldened by their success in helping to build infrastructure, creating Maestra Pride, the new LGBTQIA+ Affinity Group, finding the right consultants to support Maestra’s anti-racism and accessibility efforts — the list goes on and on.

The committee works together with great trust, built over time. There’s a vulnerability in bringing new ideas to a group, and members have learned to make space for each other. A room full of women and nonbinary leaders has a different style of communication than a room that includes men. Perhaps the communication is not as direct, perhaps it takes time to create the space for difficult conversations, but everyone present at a DEIA meeting is committed to making sure all voices are heard and validated.

As Chiao sees it, Maestra founder Georgia Stitt’s dedication to the values of DEIA across the board allows them to permeate the organization and support individual members. She observes that when people are more attuned to what representation means in a room, they feel more empowered to raise their voices. She feels that the DEIA team’s work is a major part of the change that is happening in the Maestra community.

As for Chiao herself, her advice to young musicians begins with: “Meet as many people as you can. Don’t be afraid to speak up and ask for what you need, be it advice, opportunities, or a mentor. Be creative about how you want to build your career; look around to see what other industries are doing. Drink green juice and exercise. And of course, practice your craft.”

In the spirit of DEIA, please enjoy these four fun cocktail recipes created by DEIA committee member Marcy Shein for Maestra. (There is one recipe for each aspect of the acronym.) Click each photo to enlarge.