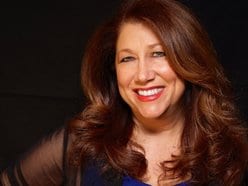 Marci is a performer in jazz and classical vocal music and all disciplines of musical theatre, as well as a producer, director and vocal coach. Most recently, Marci was asked to sing the songs of Phillip Spring for a short run of his Jazz, Theatre and Pop songs at Abingdon Theatre in NYC. Multiple times, she has entertained an audience of 14,000 at Tavern on the Green for the NYC Marathon pasta dinner. Marci has been featured on various CDs including HOT MAMAS LIVE , HOMEWARD BOUND, (musical by "Santa Baby" composer Philip Springer, and THE HOPELESS ROMANTIC COLLECTION CD featuring the songs of Michael Ficocelli. Marci starred Off Broadway and regionally and shared the stage with J. Mark McVey, Loni Ackerman, Joe Kolinsky, Bruce Sabbath and more. Regionally, she has performed in such show as FOOTLOOSE, THE KING AND I, COMPANY, SIDE BY SIDE BY SONDHEIM and others. She performed her Cabaret show in Atlantic City, Foxwoods Resorts and numerous venues along the east coast. Marci has taught music in public and private schools as well as conducted adult and children’s choirs. She holds a Bachelor of Music in voice (classical and jazz) and theatre and continues to study.