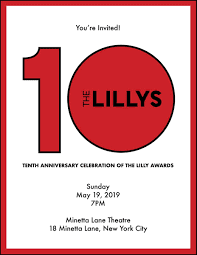 I had what I can actually call a life-changing experience two years ago when I was working as the music director for the Off-Broadway production of SWEET CHARITY. Mary-Mitchell Campbell was orchestrating the show, and our director, Leigh Silverman, asked us to hire an all-female band. It turned out to be REALLY hard. The contractors’ knowledge of female players was very limited. We were down to the wire and were literally googling “female guitarist, NYC” when a friend of a friend recommended someone. I called this woman at 7 am and asked if she could show up to sight-read for a band rehearsal that started in three hours. She scrambled to get a babysitter (of course), and as soon as she started playing, she had the job. Later, she said to me, “I’ve been trying to get into orchestra pits for years, but I just couldn’t get hired.”

Around the same time, female composers were telling me they didn’t know any other female composers. Female grad students told me there were no women composers in their curriculum. And because of SWEET CHARITY, more and more people were asking me for my own recommendations. What we were missing was a sense of community. So… I had a party. I invited every female, non-binary, and gender non-conforming composer I knew who was working in musical theater. Thanks to Kara Unterberg at The New York SongSpace, we had plenty of wine.

I’ve now hosted that party once a month for two years, and it has turned into a THING. Like, and official, not-for-profit thing. We named ourselves MAESTRA – because when I type that word into my computer, it auto-corrects to MAESTRO! In New York City alone, we now have 130 female composers on our roster. Our national group has over 500 female Music Directors and there’s a spinoff in the UK.

Inspired by The Count, Maestra is now looking into the statistics of who’s getting hired to write the scores, conduct the bands, and play in the orchestra pits. Here’s a rough snapshot so far of the statistics culled by our volunteers from several public sources.

Women make up 22% of Broadway orchestras. Those are the chair-holders, not the subs. But 24% of all Broadway shows in the last four years had NO women in the pit. That’s 1 in 4. And another 14% had only one. So that means over a third of the shows on Broadway in the last 4 years had, at most, one woman in the pit.

Also: the hiring is so gendered…. it’s the harps and strings that are pulling up the numbers. But for drummers? In the last eight years, out of 98 available jobs, TWO went to women – and those were both shows that consciously employed all-female bands. Still: thank you Tom Kitt at HEAD OVER HEELS and Ron Melrose at SUMMER for hiring women! And even though girls outnumber boys at every childhood piano recital, on Broadway women hold only 11% of the keyboard jobs. Guitarists are 4%! Trumpeters are 2%! Reed players are 5% — and that includes Flutes! Clarinets! Oboes! The “girly” instruments. AND… guess what? There is a pay gap which exists within every single instrument group. Women have the lower-paying, lower-prestige jobs as usual.

OK, but here’s the good news: MaestraMusic.org now has an online Directory with hundreds of members who have the skill sets and the experience to do these jobs. We’ve built a timeline showcasing every Broadway show that has a score composed by a woman. You know how many there have been, ever? 39. Which means if you produced all of the Broadway shows composed by women in the same season, you’d still have two empty houses.

MAESTRA, THE LILLYS, AND ALL OF YOU are going to change these numbers! So many women have written shows, and their shows will have women producers, women on the stage, women backstage and in the orchestra pits… and maybe we’ll even hire some men, too.

7 thoughts on “The Maestra Speech for the 2019 Lilly Awards”