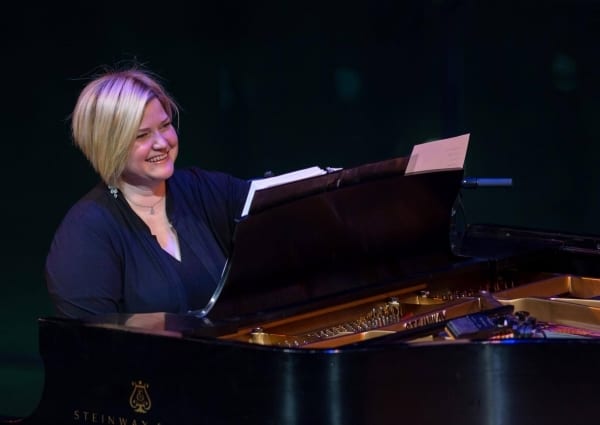 Mary-Mitchell Campbell is a conductor, music director, orchestrator, composer, and arranger. She has served as the Music Director for many Broadway shows including Mean Girls, The Prom, My Love Letter to Broadway with Kristin Chenoweth, Tuck Everlasting, Finding Neverland, Big Fish, The Addams Family, Company, and Sweeney Todd. She also music directed Stephen Sondheim’s last musical Road Show at the Public Theater. She won a Drama Desk for Best Orchestrations for the 2006 revival of Company starring Raul Esparza and was nominated for Best Orchestrations for her work on the Off-Broadway productions of Allegro and Hello Again. She has a very active concert career and performs frequently with Kristin Chenoweth, Gavin Creel, Jonathan Groff, Laura Benanti, and Raul Esparza.

She has conducted the Chicago Symphony, the Cincinnati Symphony, the Dallas Symphony, the Nashville Symphony, and many other symphonies around the United States. She is joining the Encores series at City Center as the Music Director in 2023.

She is passionate about arts education and poverty reduction. She is the Founder and President of Arts Ignite (www.artsignite.org) which develops agency in young people through the arts. They enable young people to discover the joy and power of making art- to find their voices, tell their stories and transform their lives. She is a regular volunteer with Arts Ignite programs in the US, Africa, and India. She is originally from North Carolina and has been on the Juilliard, NYU, and Boston College faculties.

She has two dogs, Maya and Steve.