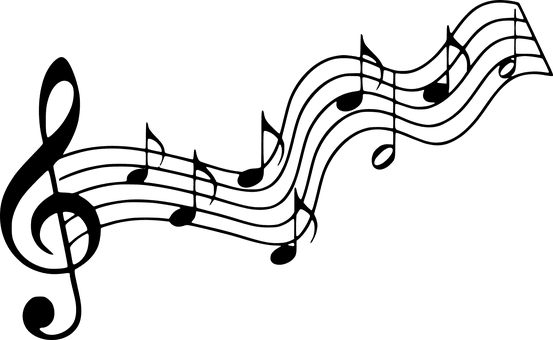 I’m so excited to be part of the Maestra website. In my work as a journalist, I have researched and chronicled women in theater, especially musical theater, for sites such as Women and Hollywood and The Interval, and, as I’ve noted before, more women come out of woodwork the more research I do. I had long wished for a central directory for them, so when Georgia reached out to me, I jumped at the opportunity to compile this research into a timeline. It’s one thing to list the women who have composed for Broadway but it’s another to experience that number visually.

A show is in the timeline if a woman is credited with writing music anywhere within the credits. This could be anything from composing the entire score to co-composing (usually two composer/lyricists collaborating) to contributing a song to having one’s song included in a revue. While the timeline isn’t weighted to take in the differences between writing a full-length score versus writing a three-minute song, one can at least see all the instances of women’s musical contributions to musical theater at the Broadway level.

Most amazing for me to see was the many women that wrote music for shows in the early part of the 20th century. These shows were either revues or musical comedies that incorporated songs from many different writers, a format that created opportunities for more music by women to be heard. Composers such as Clare Kummer and Nora Bayes had songs in a dozen Broadway shows between 1903 and 1927. Clare Kummer is even credited with writing the entire score to two one acts in 1921: “The Choir Rehearsal” and “Chinese Love.” In the late 1920s, Kay Swift came on the scene with a music credit on a show called Say When, and in 1930, she became the first woman to write a full-length musical as the sole composer.

After Kay Swift, however, there’s a large gap. Throughout most of the 1930s and the entirety of the 1940s, I could not find any women who wrote music for Broadway. Perhaps this decline was due to the rise of the book musical, which led to fewer writers per show, or due to The Great Depression itself. According to the New York Preservation Archive Project, “The years 1927 and 1928 signaled the height of theater popularity in Times Square with 70 theaters and 250 shows, but the area faced hard times after the stock market crash of 1929 and the popularization of ‘talkies,’ and ticket sales plunged, causing theater owners like the Shuberts to file for bankruptcy. The Great Depression deeply affected the area causing many theaters to shut down. Some reopened as movie theaters while others showcased live burlesque shows.”

While musical theater was in its Golden Age, the 1940s and 1950s, women writers were almost completely absent. The English singer and writer Anna Russell took her musical comedy show to Broadway in 1954, but it really wasn’t until Mary Rodgers wrote the music for Once Upon a Mattress in 1959 that a woman was writing music for musical theater again. Rodgers was, of course, the daughter of musical theater titan Richard Rodgers. However, after her second Broadway show Hot Spot in 1963 she did not have another show on Broadway save one song in the musical Working. Sadly, neither did any other women until the 1970s. I think musical theater needs to reevaluate the concept of a Golden Age.

Micki Grant helped usher in this new era of female musical theater composers with her musical Don’t Bother Me, I Can’t Cope, which opened in 1972. The show and score were nominated for Tony Awards, and Grant contributed songs to two more Broadway shows that decade. The previous year, however, the lesser known musical Inner City opened with what is believed to be the first score written solely by women: composer Helen Miller and lyricist Eve Merriam.

After a small gap in the late 80s, the number of women composing for Broadway then builds through the 90s and 2000s to where we are today, with 2015 having the highest number of female composers in one season: a total of three (the prolific Jeanine Tesori, the newcomer Barbara Anselmi, and the long-absent veteran Lucy Simon). Thankfully, female-identifying, non-binary, and gender non-conforming composers are stronger in number now than ever before. This number is helped by famous songwriters from the pop world crossing over to Broadway (Sara Bareilles, Dolly Parton, Cyndi Lauper), but the number is still nowhere near the number of male composers.

Looking at the timeline, however, I can’t help but have hope. We could someday see another gap, but there’s been a solid stream of timeline entries since 2002, and at least one female composer represented on Broadway each year since 2012. In the years to come I know we will see more than three female composers in one season and we will see that consistently. And looking at the Maestra Directory, I see hundreds of women who will make that happen.

To view the Maestra Timeline of Women Composers on Broadway, click HERE.

9 thoughts on “The Maestra Timeline of Women Composers on Broadway”