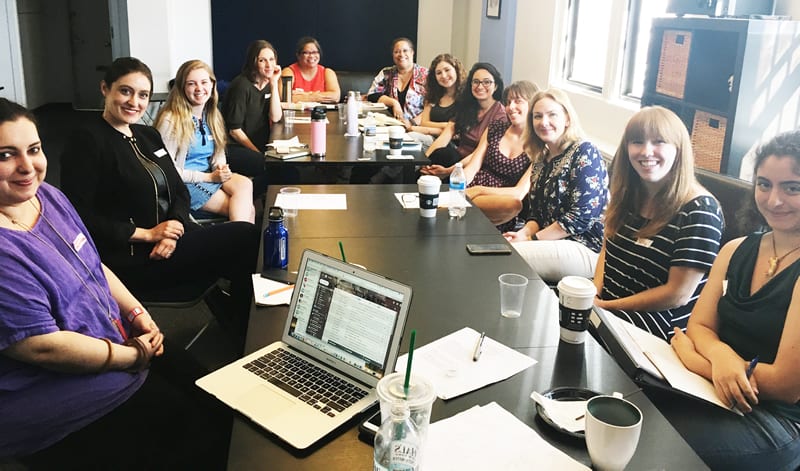 Since I moved to New York City and joined Local 802 in the late 90s, I have made my living in the musical theater as a pianist, pit musician, associate conductor, conductor, music director, music supervisor, transcriber, arranger, vocal coach, copyist, orchestrator, record producer, and ultimately, a composer. At every step of the way up this professional ladder, there have been lots of people supporting me and showing me the ropes, and most of them were men. I did have many women friends in the industry, to be sure, but I can only think of a few times in my life when they were my professional superiors.

In the summer of 2016, my friend and colleague Mary Mitchell Campbell asked me to join her on an Off-Broadway production of “Sweet Charity” starring Sutton Foster and directed by Leigh Silverman. Mary Mitchell would orchestrate and supervise, and I would music direct. Leigh asked us to hire an all-female band. It was part of the dramaturgy of the show that the women in the band should feel like they were an extension of the girls in Charity’s dressing room. Mary Mitchell and I were surprised how hard it was for us to find the players we needed. Many of the go-to women we’d usually hire for gigs like this were already booked elsewhere, and the contractors we asked to help us seemed to know the same women we did. Their lists weren’t very deep, and it took us months to find the five fantastic women (and their subs) who we eventually hired.

Read the full essay in Allegro, the magazine of American Federation of Musicians, Local 802.