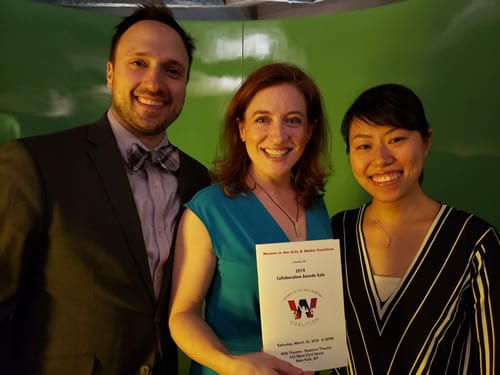 It all started in Japan. In 2004, I was a music education major at the Kyoto University of Education, writing my first musical with my friends. We went to see the Japanese premiere of “Phantom” by Maury Yeston at the Takarazuka Grand Theater, a 2,550-seat venue. Initially, I was hoping to get inspiration for our show, but “Phantom” actually ended up changing my life.

When I heard Christine sing “Home,” I was struck by the idea that you’d feel at home when you get to the place you’re supposed to be. I wanted to believe that was possible for myself as well, and the music told me that it was. My heart broke when Erik finally opened up to Christine by showing his face, and broke again when she rejected him. I cried incessantly when Carriere and Erik finally connected with each other as father and son. At that time, I was personally going through a tough time; I had just lost one of my brothers unexpectedly and was still trying to make sense of it. By following Erik through his journey, I somehow felt my brother’s soul was honored, and my spirit was lifted up. I was convinced I had finally found something I really wanted to do with my life: write musicals!