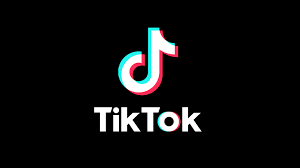 In case you haven’t heard, TikTok has taken the world by storm over the past year and a half thanks to the pandemic, gaining a 180% increase in usage by 15-25 year olds since its onset in March 2020.

If you know nothing about the platform, don’t fret! We invite you to explore our December 2nd Virtual Technical Workshop on “Demystifying TikTok for Musical Theater Creators” with November Christine.

There are many sides to this platform, as people often joke about being on [insert niche] side of TikTok, which makes it accessible and entertaining to all. While theatre has a significant space and presence on the app, there are other elements from not-inherently-theatrical TikToks that relate themselves to the art form.

I took a virtual theatre class at Princeton University in fall 2020 that focused on creating short-form content to then be incorporated into an interactive website to engage remote audience members. Each student practiced creating countless short snippets of art that culminated into a large collection that allowed for a truly unique theatre experience – and creating TikToks was a huge part of this process!

Studying and analyzing this subject matter brought me to the realization that the theatre community has many lessons to learn from TikTok on integrated storytelling, the positive power of social media, and discussing topical social questions surrounding race, ethnicity, sexuality, gender identity and more.

1. The power of providing a platform for a diverse range of content creators

Anyone can post to TikTok, and over the pandemic we have seen a huge influx of creators making original short-form content thanks to the low barrier to entry. With many people recording videos on a myriad of devices, the most popular being a phone camera, many diverse kinds of creators have taken the stage and become huge in the TikTok community. Furthermore, creating musical content has never been more accessible, as people can make music with what they have at home instead of having to wait to be invited into other rehearsal spaces. This makes music producing and posting a less restrictive endeavor.

2. Theatre can come in forms we wouldn’t expect

Many videos might not be considered “theatre” at first glance, but theatrical elements are present throughout a large portion of TikToks. There is a consistent pattern of  staged content being made on the app, including skits, POV (point of view) videos, acting challenges, artistic tutorials, singing videos, and so much more.

The feeling of theatrical performance is heightened by integration of  additional elements of sound design, lighting design, camera work, and even music composition. TikToks in and of themselves are short-form theatrical content, but made more casual and accessible than the Broadway stage via the universality of the digital platform. Utilizing this, content creators have come up with creative ways to engage all sorts of target audiences effectively.

3. Anything can be made musical

TikTok has demonstrated  that anything – literally, anything – can be set to music. Oftentimes, it’s the more mundane daily activities that have been transformed into songs that gain popularity or resonate with the most with people. Users have made use of music to get important messages across, create humor, and find moments everywhere in between. Furthermore, the platform has inspired musical theater writers to put their ideas onto virtual stages and incorporate distinctly digital elements into their music like samples of trending songs and backbeats produced “in-box” (within a digital audio workstation like Logic from a personal computer).

4. Anything can be a musical

Pandemic boredom has proven that truly any pop culture reference can become source material for a full-blown musical. The most notable of these examples is the Ratatouille musical (or Rataousical). What started as a series of creators making various songs based off the 2007 Disney movie Ratatouille ended up becoming a full virtual musical to benefit The Actors Fund that was viewed by 350,000 people. This included the music of original formerly-”ameteur” creators, professional musicians, actors, and orchestrators (such as orchestrator, music coordinator, and Maestra member Macy Schmidt and fellow music coordinator and Maestra member Emily Marshall). A silly and light-hearted musical was just what the musical theater community needed during the pandemic, and it stemmed from the artistic output of many people who needed creative outlets all coming together over a Pixar masterpiece starring a talking rat of all things!

Another example is the Bridgerton musical. This started as two songwriters, Abigail Barlow and Emily Bear, creating songs based off of the Netflix series Bridgerton after being inspired by the first season that premiered in December 2020. It continued with the creation of many subsequent songs that quickly took TikTok by storm. We all enjoyed the songs and people sang their own covers, and in turn, the team continued to produce content. The success of their endeavor resulted in the songwriting team being able to create “The Unofficial Bridgerton Musical” album (released on September 10) and a live performance in August 2021 at Brooklyn’s own Broadway outdoor music festival: Elsie Fest.

5. People are willing to talk about a variety of topics, especially by shedding light on the LGBTQ+ community

Content creators have been open in the kinds of issues being discussed on the platform, especially related to gender and queerness. In general, creators have been excited to amplify normally-marginalized sides of social spheres through awareness and normalization of these communities. As a result, niche pockets of these under-represented voices created cultures of openness, solidarity, and even inside jokes like “does she listen to girl in red?”

6. Adding captions is an important step for accessibility

A seemingly-simple task that has been utilized in TikToks of every  kind – theater related and not – is adding narrations coupled with captions to videos. It seems the trend, indicated by the abbreviation “cc:” and read-along pop-up text, gained popularity because many users watch content with the volume turned off, but it has turned into a tool to boost accessibility and include users of all abilities.

It is encouraging  that such a large social media platform has been normalizing this practice, as this is a long-overdue implementation that should be continued in other facets of life as society makes the transition to in-person gatherings and performances. An example of this phenomenon in practice when proshots are made of professional productions and released (such as Hamilton released on Disney+) with captions, as this is another instance of accessibility being addressed in theater.

TikTok practices have become a good step and a positive reinforcement of the importance of these norms in the grand scheme of accessibility in theater, and the platform even introduced auto captions in April 2021 with the help of organizations such as The Deaf Collective.

7. Social media has a pure potential for good

While social media has negative connotations in society today, TikTok proves that it is still an inherently great way to connect people and reach a variety of audiences. By continuously reaching people in many ways with many different appeals (such as how Kansas state legislator Christina Haswood successfully campaigned using TikTok as a means to reach a younger generation of voters), the world is now learning new modes of positive communication from this influential platform. Theatre artists can take this as a call to consider how to similarly utilize this tool to reach their chosen audiences before they even enter a theater, and in turn welcoming wider audiences in.

In summation, TikTok has created  an unforeseeably deep impact over the past year both on the theatre community as artists struggled with the lack of in-person connection, and the world at large. Though critics have written it off as the second coming of Vine or a mere collection of silly content, the virtual platform has proven its unique ability to engage the average person in short-form content creation and viewership on any and every subject.

That is why we are happy to announce that Maestra is preparing to launch on TikTok! Come join us @maestra_music_org as we dive into theatre-making, the industry at large, DEIA action and fun theatrical content, and let us know if you are interested in volunteering on this team.