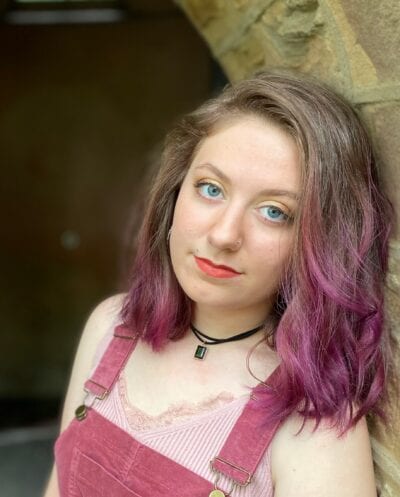 Halle Mitchell is a Music major at Princeton University, with intended certificates in Music Theater and Statistics and Machine Learning. She has been involved with music since she was young, and has written two EPs and released a new single last year. Halle has mainly written in a pop style and utilized her experiences as a singer and pianist, but is interested in writing in a theatrical capacity in the future. She is currently working on creating a new musical that will become her Senior Thesis for the departments of Music and Music Theater. She is an active composer, lyricist, arranger, orchestrator, and music director, but has specific passion for music directing.

Since arriving to Princeton University, she has music directed 35MM: A Musical Exhibition, Junie B. Jones the Musical, and Mangroves (which she also did some orchestrations for) all with the Princeton University Players. Additionally, she recently conducted the Princeton Triangle Club's spring performance of Singin' in the Train. She also conducted an original arrangement of "They Say It's Wonderful" with the Princeton Playhouse Choir. Outside of theater, she is serving her 2nd term as music director of the Princeton Katzenjammers a capella group (where she also has arranged several new pieces), and participates in Glee Club.