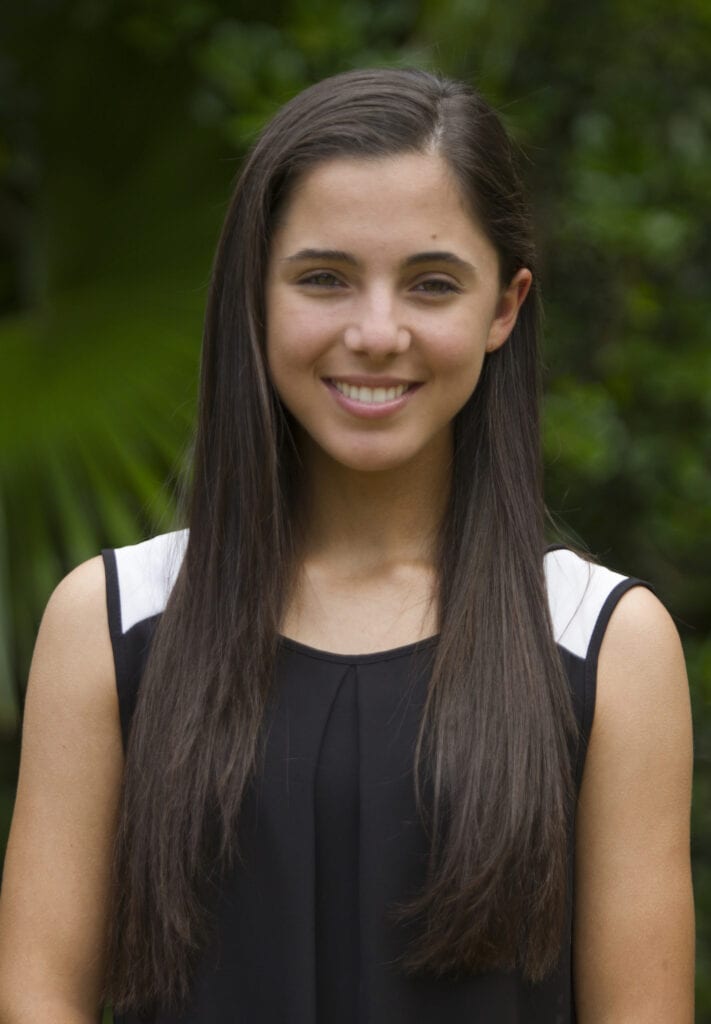 I have said it before and I’ll say it again: I am constantly blown away by the women of Maestra.

Shelbie Rassler, 22, is a senior at Berklee College of Music. She’s a composer studying classical composition, film scoring, and musical theater writing. And like so many others, she found her senior year uprooted in the wake of the coronavirus pandemic. Instead of graduation and and concerts and celebrations, on March 14th she found herself on a flight home.

“All of my friends and I were just really devastated that the school was switching to online learning. So we had to leave Boston, and we had to continue our education in a remote way. Everyone was really sad, and we wanted to be together. So I wanted to think of a way to keep the community together and still be able to collaborate and do something together. So on the flight home, I thought of this idea. And I posted it as soon as I landed.”

“This idea” was a virtual orchestra, in which everyone would record themselves playing or singing their own part from home. Ms. Rassler wrote the arrangement of Burt Bacharach & Hal David’s “What the World Needs Now,” spread the word about her idea to her classmates, and sent everyone sheet music and a guide track.

Within a few days, Ms. Rassler had received videos back from approximately 75 friends. She edited it all together in Final Cut Pro (her friend Dan Santiago was the Mix Engineer for the audio), and the video was posted on March 22nd, just over a week after Ms. Rassler first had the idea. It was no small feat. Ms. Rassler spent over 100 hours putting the project together. But the video instantly resonated with people. Within just a few days after posting, it had over 1 million views, and Ms. Rassler and her video have been featured on The Today Show, Good Morning America, USA Today, National Public Radio (NPR), the CW, in Forbes, and more. The video now has over 1.5 million views.

Suffice it to say, we at Maestra are not the first to call attention to Ms. Rassler’s video, nor are we the first to be enormously impressed by it. “There have been a lot of really wonderful organizations that have reached out and asked if I could help facilitate the creation of a video like this for their organization,” Rassler told us. “So yeah, I mean, I would definitely love to do another thing like this again. It’s a lot of work, so I can’t make ten of them in the next week, but you know, I’m excited to jump back in and do it again.”

To say it’s a lot of work is no exaggeration. The effort that Ms. Rassler put into this four-minute video was astronomical.

“I sent out the track with a very loud, audible click in it so there was no confusion about where they were in terms of beats or anything like that. I created a few different tracks. I had a full orchestral MIDI mock-up (using computer-generated instruments), and then I sent out just a piano track, which was helpful for the singers to hear it without the full orchestra, and I had just the vocal lines sent out. I kind of covered all the bases so that there wasn’t any confusion about exactly what everyone needed to do. And then I just imported all the audio and synced everything up in Logic Pro X for the audio, and then did the video after that.”

Don’t forget: she also wrote the arrangement itself. It’s not hard to imagine how this project ended up taking 100 hours. Since she is just a few months shy of graduating from college, we asked this talented young Maestra about her career aspirations.

“I definitely am interested in the musical theater world. That has been my primary focus for the last couple of years. I’ve music directed a bunch of shows at my school, and I’ve had the opportunity to write a musical and have it produced at school. I do film scoring as well, and classical composition. I love writing concert music. So yeah, I just think that being involved in music is what I’m meant to do. And I feel very fortunate that there are several different outlets that I really enjoy.”

She certainly has a bright future ahead of her. In fact, just shortly before the publication of this article, Ms. Rassler announced on social media that she was accepted into Julliard.

Ms. Rassler found the Maestra Directory about six or seven months ago and has been a member (“very proudly!” she adds) ever since. “I remember logging onto it and thinking, ‘Oh my gosh, this is the most incredible thing. How have I not known about this?’ And all of my friends at school, I’m like, ‘Are you part of Maestra? Do you know about this?’ Definitely trying to broaden the community and bring them into it, because I think it’s such an important community to be a part of.”

Last but not least, we know there are a lot of creative people who read the Maestra blog who may have their own ideas for virtual collaborations. We asked Ms. Rassler what advice she has for bringing people together for projects like this.

“I think that the biggest thing for me right now is… everyone is feeling really lonely. It’s just a sad time, right? And I think that a video like this creates a sense that, yes you’re alone, like, physically, but you don’t have to feel lonely. You can be with your community. So I would say absolutely, to anyone who wants to create something like this, go for it. Do it. Get your friends on board. I think logistically speaking, it’s very important that everyone has some sort of track that they’re all listening to so that the syncing process of the project is possible. It’s important to remind someone who wants to do a video like this that you can’t just have your friends send you videos of them playing their instruments, ’cause it won’t work logistically. But yeah, I would say, send a track, even if it’s like a karaoke track that you find online and just want your friends to jam along. It’s about creating that sense of community from your own home. It’s absolutely possible, and I think it’s really important right now, so that we all don’t get really sad [laughs] ’cause we are. But yeah, go for it, and just…have a track, send in your videos, sync it all up, and if you need help, feel free to reach out to me on social media or my email. Or my Maestra profile!”

We hope that the global situation improves soon, and Ms. Rassler can find herself back in concert halls conducting orchestras like the one pictured below. But in the meantime, we can take some comfort in the incredible creativity, talent, and community exhibited in her virtual orchestra — and more like it to come, I expect.