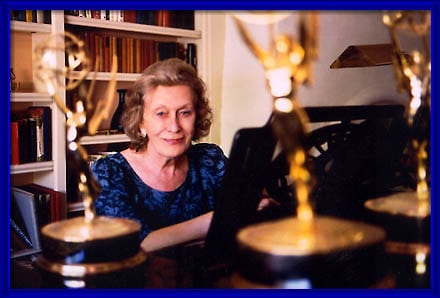 For the past month, you have taken to the streets in the late summer heat, joining a rainbow sea of vibrant flags and striking ensembles to flaunt the unbridled joy of Pride. Whether you’re an ally or queer yourself, you have shown up in greater numbers than we’ve seen across the nation in a long time to celebrate, uplift and support members of the LGBTQ+ community. As a community of creators, let’s consider how we can actively carry the sentiments behind this month-long celebration into every aspect of our community, our collaborations and daily life–turning baby steps into a full-bodied movement of well represented identities in the music and theatre industries.

Let’s take a look back at these baby steps. Daniela Vega made headlines around the world when she became the first openly transgender woman to present at the Academy Awards in 2018–the same evening that the Chilean actress’ starring role in “Fantastic Woman” won the Oscar for international feature film. The same happened when the English-born artist Anohni was nominated for best original song in 2016. In both cases, many assumed these were firsts for the community of folks whose gender does not match that assigned on their birth certificates. However, there was a powerful predecessor that broke down barriers and paved the way for these women in the Academy Awards over four decades earlier.

Angela Morley was a pioneering English composer, arranger, orchestrator, music director, conductor and performer whose illustrious career extended across countless film, television and theatre projects–specializing in TV and movie musicals. You may not know it, but you have most definitely heard her musical contributions from “Star Wars” to “ET” to “Jesus Christ Superstar” and beyond. She went on to win three Emmy Awards and her popularity continued to ascend throughout her lifetime – each achievement a greater testament to her unparalleled versatility.

When my roommate, a fellow Maestra community member (who prefers to remain anonymous), first told me about Angela Morley, I could not believe she had never come up in my studies of musical theatre and commercial music history – despite my having taken many courses and read extensive literature on the subject. My roommate is a non-binary person following in Morley’s footsteps in many ways. So, when I asked how they felt about the discovery: “At first just surprise – as always when learning about a trans figure in history. [Then,] ever-growing excitement at seeing her credits.”

The multi-instrumentalist Morley discovered her passion for music at a young age. Finally settling on the saxophone as her primary instrument, she dropped out of school at age 15 to pursue a career in British big bands as many musician vacancies resulted from the World War Two draft. However, after a decade of climbing the ranks and honing her skills, she stepped away from live performance at age 26 to focus on arranging and composing.

She originally rose to prominence on the BBC for writing the theme songs for two of the radio station’s most successful shows in the 1950s, earning her the attention of American jazz clarinetist and bandleader Benny Goodman. It was in the period to come that she made her foray into television and feature film work. 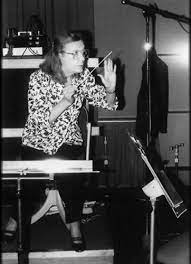 Before entering the most prosperous period of her career, Morley underwent gender-affirming surgery in 1972 with the support of her loving wife Christine Stott, whom she married two years prior and stayed with for the remainder of her life until 2009. In fact, Morley identifies Stott’s support as the catalyst for her confronting her gender dysphoria, saying: “It was only because of her love and support that I then was able to deal with the trauma, and begin to think about crossing over that terrifying gender border.”

By 1980, Morley landed a well-earned position at Warner Bros Studios and permanently relocated to Los Angeles, where she went on to work for Paramount Pictures, Universal Pictures, 20th Century Fox Television and more. Additionally, as her career continued into the 21st century, she gained the admiration of John Williams, Itzhak Perlman, Yo Yo Ma, and more, who went on to uplift, center, and even commission Morley’s arrangements.

Morley’s story is one of unprecedented success and openness in an era of extreme social stratification infected with an intolerance to difference. Instead of being met with criticism or ostracization expected in her time, she was embraced and celebrated in her career post-operation. Doors that would have previously been slammed and locked in her face were burst wide open by the caliber of her expertise, knowledge, and legendary skill – thus opening up opportunities for generations to come. Let us not allow the weight of this milestone be lost to history, but instead use it as a cornerstone upon which we normalize acceptance, accolades, and visibility for musicians of all diverse gender and sexual identities.

“In this field, it sometimes feels like you are clawing out your place, proving to people that you can belong,” says my roommate. “To learn that Angela was doing this at the highest level means that it is no longer a question if I belong; my place has been carved out since the beginning. We have a history, so we have a future.”

1 thought on “Angela Morley: a Pioneering Musician in the LGBTQ+ Community”