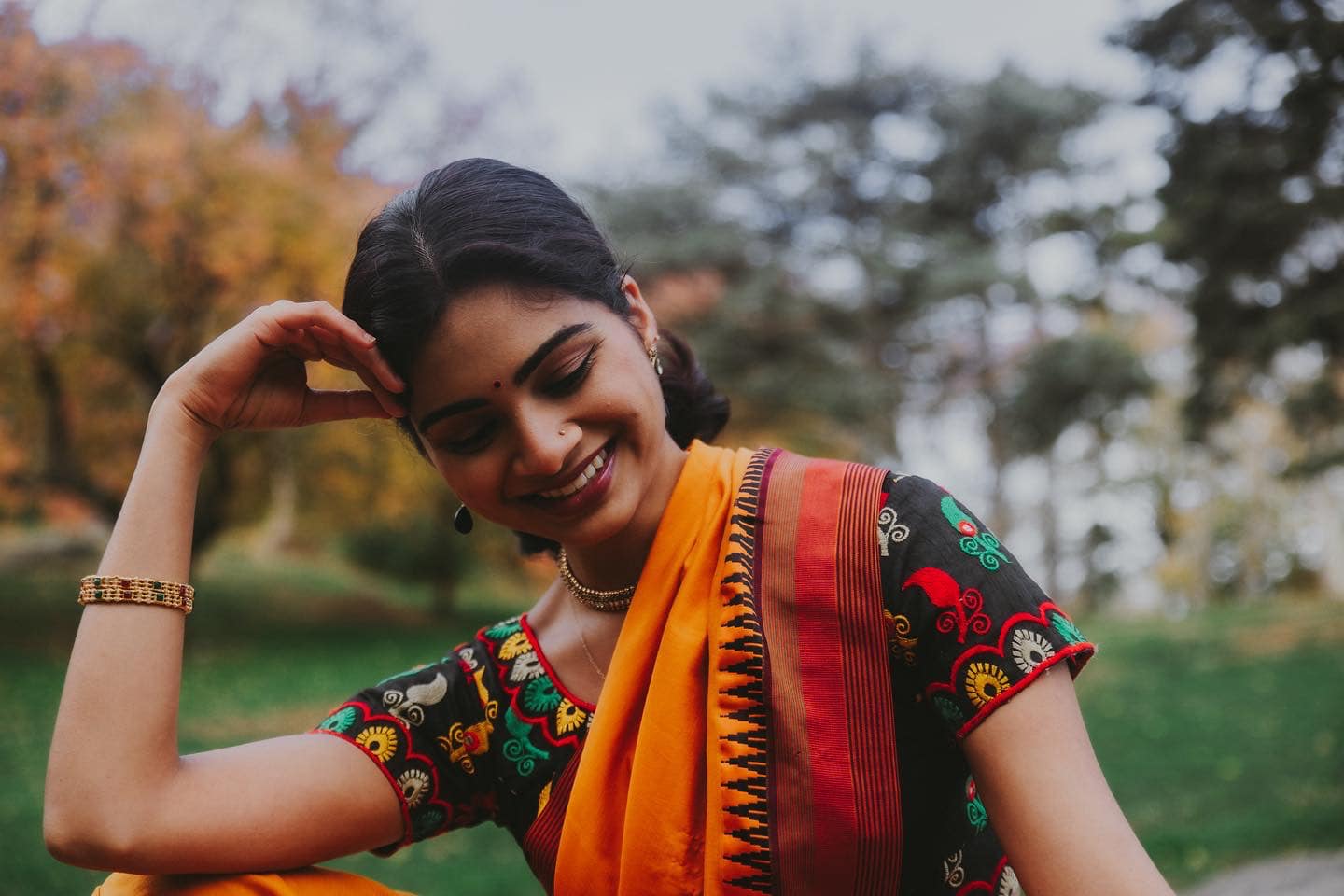 Have you ever been the only woman in the room? The only person of color? The only member of the LGBTQ+ community? Usually when we are labeled as “the only”, we are also viewed as the holders of knowledge. If this resonates with you, then you know the familiar feeling of heads turning towards you with the expectant look of “Is this right? Are we offending you?”

I first noticed this phenomenon when I was an undergraduate student performing in a production of Legally Blonde. The show’s creative team approached me about a particular role which is written as someone who may or may not be South Asian. In the original Broadway production, this role was portrayed with an exaggerated Indian accent by a member of the ensemble who looked tan (time stamp: 0:45). This performance practice has been perpetuated in most subsequent productions of Legally Blonde.

When I was asked to play this role in the name of cultural sensitivity and “wokeness”, something didn’t sit right with me. I did not find the character particularly offensive (one South Asian woman’s perspective does not speak for all South Asians) because almost every role in Legally Blonde is grounded in stereotypes and over the top performance stylings; it’s part of the show’s appeal.

These perspectives aside, the fact of the matter is that the burden of dictating this knowledge and authenticity to our entire cast from the de facto position as an ensemble member was placed on my 19-year-old shoulders. This phenomenon wasn’t limited to a one-time conversation, but became a pattern that was continually forced onto the shoulders of the few people of color in that predominantly-white cast.

Two years later, I was given the opportunity to direct a show for the first time, which equipped me with two invaluable tools I did not have before: authority and control.

As a woman of color leading a room composed mainly of people of color, I wanted to ensure that everyone involved in the process – from actors to stage managers to lighting designers and beyond – was equipped with the tools to speak up and ask questions without feeling like their every word had the potential to offend someone. This process was a transformative experience, but also a deeply exhausting one, because I was essentially performing two jobs at once: director and stand-in DEIA officer. Since I was a student at the time, I was paid for neither of these jobs.

My aforementioned experiences are, unfortunately, not isolated incidents. Instead, they are two of countless instances that reflect the existing deep disparities that the theatre community at large is beginning to reexamine and address for the first time. However, this collective effort to “do better” has unintentionally cultivated an unhealthy practice of asking the historically-excluded to shoulder most of that burden.

What if, instead, we made the collective decision and firm commitment to appoint a presence in every room dedicated to promoting and preserving diversity, equity, inclusivity, and accessibility? What if every room had a DEIA coordinator?

What I am proposing may seem simple, but history demonstrates and the state of theatre reflects it has never been done before.

I would like to emphasize that these are my personal thoughts and opinions, and that this is simply one perspective. There are probably hundreds of different perspectives on how to tackle this issue and make theatrical work spaces safer so we can all do our best work, regardless of discipline.

A DEIA officer is someone who has spent a significant amount of time participating in training on DEIA topics and regularly attends workshops and seminars in this ever-changing field. It requires commitment, energy, and dedication to become a DEIA officer/consultant and the position is still not standard across all industries (and is definitely not a standard in the theatre industry). DEIA officers are expected to provide a wide range of services including language consultations, mediation, and even psychological assistance if necessary. One of their many responsibilities is to identify any potential blindspots within an organization and give voices to those affected people (ex. The LGBTQ+ community, differently-abled people, etc).

The theatre industry is beginning to emerge from some of the most challenging times in its century-long history. Broadway didn’t even shut down during the 1918 Influenza Pandemic (the last major pandemic in US History), but it took us eighteen months to turn on the marquee lights again and sadly, shows are still grappling with the uncertainty of the world day-to-day.

As we have stepped back and reevaluated the ways in which we do business, the statistical data collected by many organizations and independent committees have identified areas of disparity. These numbers were never a secret, but we – the Broadway and theatre community at large – are finally coming face-to-face with the demographic gaps that have been right in front of us all along.

Until now, many conversations surrounding DEIA initiatives in the theatre, particularly statements put out by theatrical organizations, have centered around the racial composition of the people onstage while overlooking the people behind the scenes that make live theatre happen: musicians, producers, financiers, lighting designers, sound designers, hair and makeup artists, and more. The many ways in which the Broadway community has failed non-cis, non-white, and differently-abled people could fill many books; however, let’s not forget that this discrimnation is intensified when you are a member of more than one historically-marginalized community.

The main issue stems from one place: trust.

Many shows, theatrical organizations, and even individuals drafted DEIA statements in the direct aftermath of George Floyd’s murder and the protests that followed. However, many members of historically-marginalized communities could not take these statements to heart when they only seemed reactionary and were indistinguishable from each other.

Many reports that have come out of the past few years have said essentially the same thing: significant steps towards meaningful change in the DEIA realm have not been taken thus far and diversity statements are band-aids that fail to address decades of institutional neglect. When the DEIA team of an organization is composed of white people within predominantly white institutions and functions similarly to the rest of the organization, how can we expect to see meaningful change prioritized outside of the organization when it is not a priority within?

Why a DEIA Officer?

Theatrical spaces are some of the most vulnerable spaces, yet some of our workplace habits and practices have not been updated in decades. While working conditions have improved over the past several decades, historically-marginalized theatre workers are still asked to hold an undue amount of responsibility.

Through my aforementioned personal experiences, I can confidently say that placing this kind of responsibility fully on the artists, and thus assigning them two diverging jobs, endangers them on a daily basis. The task of keeping track of and holding onto daily microaggressions without an overarching resource to help address them is exhausting. This pressure is driving many artists to burn out and either step away or leave the industry altogether.

A DEIA officer’s presence in a theater would mitigate this fatigue while helping a company or institution navigate the nuances that surround complex DEIA topics and the many challenges that come with them. After all, a blanket DEIA statement from an institution without an officer to enforce it is actually the bare minimum; it only goes far enough to acknowledge the presence of historically-marginalized people within the institution’s walls rather than truly safeguarding their well-being.

Depending on the size of the show or organization, a singular DEIA officer or a DEIA team should be hired and tasked with the role of ensuring workplaces are safe for all. One of the first places DEIA officers should be present is the rooms in which hiring, staffing, and casting happen. A part of their job is to identify and aim to correct power imbalances, which is an extremely difficult task unless that moderating voice and perspective has been in the room from the beginning.

The DEIA officer or team’s roles can begin with a threefold approach: move language from placing blame to offering invitations, assist in the hiring process at all levels, and actively participate in the contract negotiation process to ensure maximum transparency.

One of the first hurdles a DEIA officer will have to assist with is changing language, within and surrounding the workplace, from placing blame to accepting responsibility. The conversation surrounding marginalized people asking for more in the workplace has been shrouded by a cloud of blame with particular emphasis placed on one phrase, “you have to be a team player.”

A DEIA officer will ask us to go deeper, collectively. All artists deserve a workplace where they are not only safe, but also encouraged to thrive and create. When can we move from simply acknowledging that historically-marginalized people exist to fostering their talents and helping them do their best work? How can we make a diverse workplace our normal and not an exception? How can we destigmatize the conversation surrounding pay so that pay equity becomes a part of our culture in the theatre industry? These are the kinds of essential questions that a DEIA officer will pose.

The Future of DEIA

I am encouraged to share that the DEIA industry has grown exponentially since 2016 with a particular focus on diversifying corporate America, and there are now agencies and consulting firms which offer their services to companies across all industries. Additionally, there are many people within the industry, such as conscientious theatre trainer Nicole Brewer, who are teaching workshops and helping to cultivate sustainable theatre practices which are actively anti-racist.

However, the issue of hiring dedicated DEIA professionals in the entertainment industry is far more complicated than any other industry because professionals within it are fed the narrative that projects are like families that love and care for each other. That mentality asks us to overlook and brush off the microaggressions and unconscious biases in production teams that can be damaging on a day-to-day basis.

Ultimately, DEIA professionals are not a magical solution that will remedy all wrongs with the wave of a wand. Instead, they are fellow human beings passionate about equity who are put in place to facilitate difficult professional conversations and help organizations take steps to become institutionally more equitable and accessible.

With the standardization of this position will come a great deal of discomfort. Discomfort is part of the process of healing and growing that must be at the forefront of our collective conversation if we are to make progress. The only way the DEIA approach will work is if everyone is on board and ready to do the work, even if it is uncomfortable.

I say this as someone who almost left the theatre industry altogether because of my experiences early in my career. The young artists who are beginning their journeys have more access to information than any previous generation and are beginning to see all of the cracks that have been patched up instead of repaired. We can no longer ignore those cracks because our next generation of artists deserves better.

Change is a long process filled with challenges, roadblocks, and tenuous growth. Yet out of those growing pains, we can discover a better model of doing business together that supports diversity, equity, accessibility, and inclusivity.