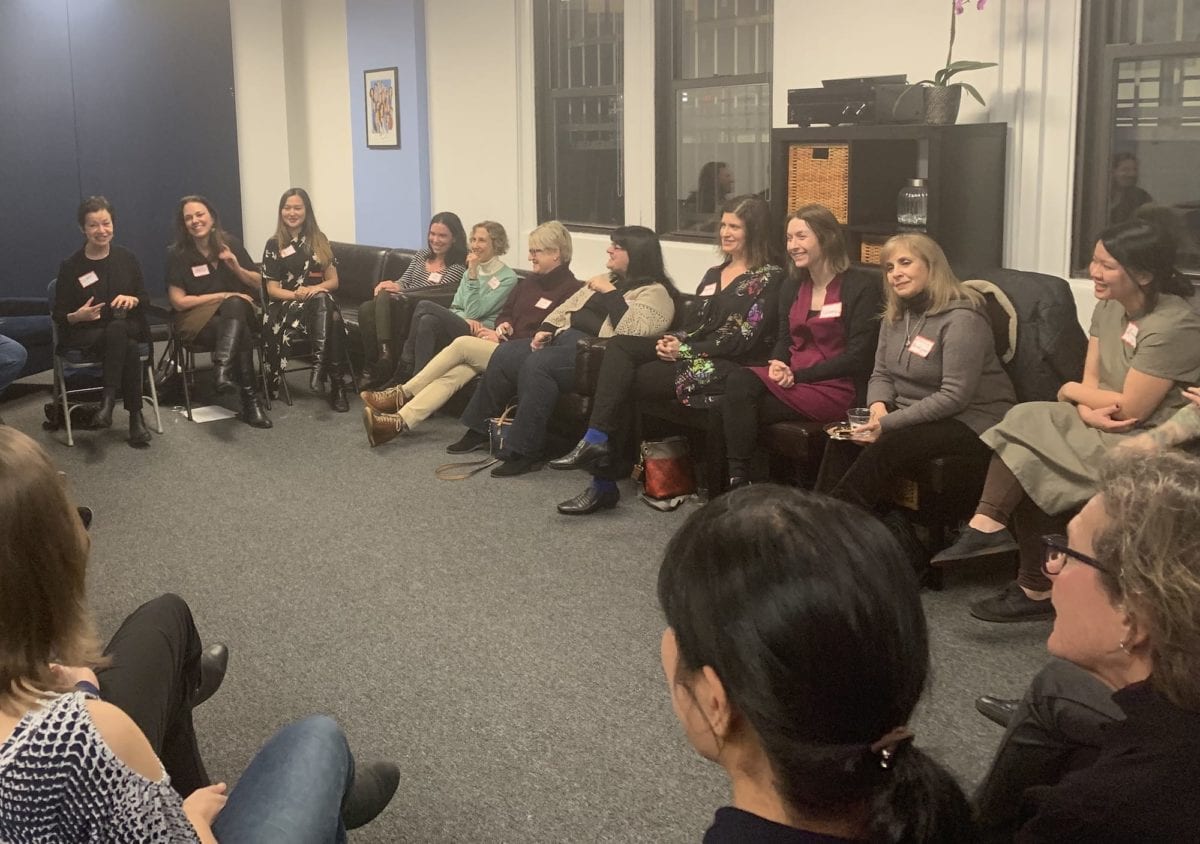 How it All Began

On New Year’s Eve as 2016 turned into 2017, I premiered an original choral piece at The Cathedral of St. John The Divine in New York City. After the concert, I was greeted by a young female composer who told me she was overwhelmed to see a living female composer programmed on such a large concert, and she realized she couldn’t think of any other female composer modeling the career she was trying to build.

A few days later, I got an email from another young female composer who told me that her graduate school musical theater curriculum didn’t include any female writers. When she confronted the administration about the omission, they asked her to suggest which composers she would like added to the syllabus. She didn’t know who to recommend, so she reached out to me.

I got those two women together for lunch and we talked about this strange business of being a female theater composer. More than anything, I came to realize that the women felt lonely, without access to their own community and without the visibility and support that allows a composer to step forward in her career.

Who were the women composers graduating from the musical theater writing programs, attending the writers retreats, getting the commissions and winning the industry awards? In February of 2017 I invited everyone I know who does this to a cocktail party, which Kara Unterberg at The New York Songspace co-hosted and catered. The event was so successful that I invited more people again the next month, and then again the next month. After three months of parties I started structuring the gatherings to include a guest speaker– always a woman prominent in her field, always speaking on a topic that would hold the interest of a room full of composers.

We named ourselves MAESTRA because any time I type “maestra” into my computer, it auto-corrects to “maestro.” But guess what? When the “maestro” is a woman, the correct term is MAESTRA.

Month after month our group has grown, and we currently have over 150 women on the roster for the NYC chapter of women theater composers, as well as regional groups in the Midwest, Southern California, Nashville, Australia and the UK. Our extended online community has grown to include over 1000 women music directors, orchestrators, arrangers, copyists, music assistants, contractors, and pit musicians: a ferocious international network. We are forging new relationships with the women+ lyricists, bookwriters, directors, and producers in our industry and have built a Directory that allows you to find them and them to find each other.