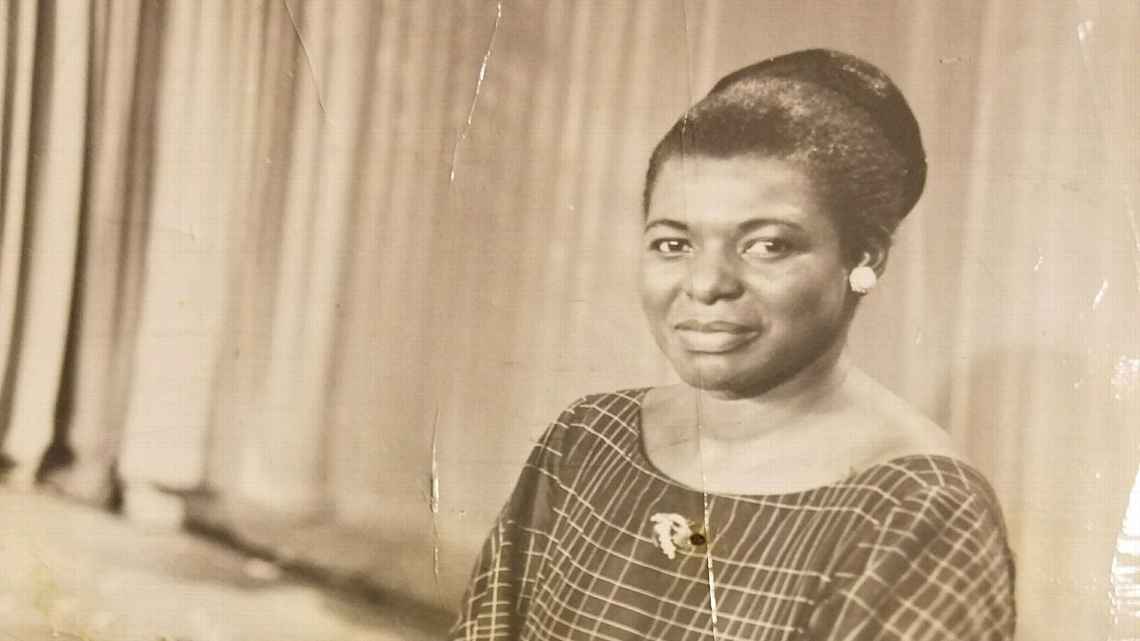 by Lisa Nicole Wilkerson
originally published in ESPN in June, 2017

The role of musical conductor requires a high level of physical conditioning. The maestro must energetically direct an orchestra and actors with nothing more than a skinny stick.

With the 71st annual Tony Awards airing Sunday, we are reminded of musical prodigy Dr. Joyce Brown, who went on to become Broadway’s first African-American female musical conductor of a show beginning its opening night.

The production was “Purlie,” which debuted in 1970, explored the life of traveling preacher Purlie Victorious Judson set in the Jim Crow era. The play was nominated for Tony’s Best Musical award that year. This was quite the feat for Brown, as conducting was and remains a highly male-dominated profession.

When asked how she felt about making history with “Purlie,” Brown — who played piano, violin, cello, trumpet, saxophone and organ — told the International Musician Magazine in 1970, “I would have gotten the job anyhow because the competency is there.” She also declared in the New York Daily News in ’70: “I’m a member of [the American Federation of Musicians] Local 802 [Union] in good standing. I’ve worked hard. And I’m reliable. I was picked for the job.”

Purlie’s pit orchestra was racial diverse — simply because the New York City-raised daughter of Jamaican immigrants was bold enough to ask for it. As she told the International Musician: “I requested an interracial orchestra — and a congenial one. And, I got it,” but acknowledged that this was “not as usual.”

“To see the black people in the pit [at all] was a big deal,” highly acclaimed Broadway conductor and Joyce Brown protege Linda Twine said.

Simply being a black woman waving the baton was not the only reason audiences were so enthralled by her. She moved with the effervescent spirit of a well-rehearsed one-woman show.

The New York Daily News wrote in 1973 that Brown “manages so much body English when she leads that the audience can’t help being aware of her.” Three years earlier, that same publication, under the headline “Joyful Joyce,” stated that she “sings all the lyrics along with the actors and does refined bumps and grinds as she leads the band. Her pearl earrings do not bounce off only because her ears are pierced.”

David Alan Grier (“The Carmichael Show” and “In Living Color”) shared “we used to all call her ‘Mother Brown.’ ” He fondly recalled her being “so loving” and “always dressed to the nines.” Grier, 60, worked with her in 1981 in “The First,” a show based on the life of Jackie Robinson, from which he earned his first of three Tony Award nominations. He was fresh out the Yale School of Drama, and it was his first professional gig.

“I am so blessed to have met and worked with her at that point of my career. She really brought me into this business,” Grier said with a warm, yet matter-of-fact quality in his voice. Because of her mastery of the show’s material, he was able to feel “complete security” with her at the podium, which he needed at such a young age leading a Broadway show. “She taught me how much you depend on your conductor.”

Brown went to bat for emerging talent. When singer and actress Melba Moore, 71, was cast in “Purlie,” she cited Brown as the reason her role as Lutiebelle Gussie Mae Jenkins was expanded, which helped her win the Best Featured Actress in a Musical Tony Award in 1970.

Initially, the directorial team focused only on Moore’s acting. After Brown heard Moore’s voice in music rehearsals, she encouraged the team to listen to her sing, at first to no avail. It was “at Joyce’s urging,” Moore declared, that they finally listened to her voice, and “then the production’s [signature] song ‘I Got Love’ was added.”

“She was an excellent pianist [and] a very good companion” recalled Elliot Lawrence, the much-lauded Tony Awards show music director from 1967 to 2013. He worked with Brown as the Music Director in “Golden Boy,” which originally starred Sammy Davis Jr., from 1964 to 1966. He remarked how well she worked with the cast during rehearsals and that Broadway is a place where someone could succeed independent of race or gender, “[it] had to do with her talent and [was] not because of her color.” In this way, he said, “theater has always been ahead of society.”

And, Brown seemed to be fearlessly open to everything the theater and music world was willing to offer.

Beyond Broadway, Brown gave regular voice lessons to and played accompaniment for singers like Diahann Carroll in the late ’50s and early ’60s, worked on feature films, was as a guest conductor for the Boston Philharmonia in 1974. She also conducted performances at Carnegie Hall in the late ’90s and early 2000s, and worked alongside famed choreographer and visionary Alvin Ailey as a conductor for the Alvin Ailey American Dance Theater company for multiple seasons in the mid-to-late ’70s. Brown even traveled to Venezuela to conduct for the International Ballet of Caracas‘ performance of an Ailey piece called “The River” in 1977. In her own quiet, yet strategic, way she challenged norms and created change.

Former Ailey II artistic director Sylvia Waters remembers Brown as “very gracious” and “elegant,” and recalled Ailey, himself, giving her a disapproving look when she began critiquing Brown’s tempos, as he highly respected Brown’s musicality; Waters never did it, again. Each of these gigs was a far cry from Brown’s humble beginnings as a teenage minister of music at Harlem’s Salem Methodist Church. Then, she didn’t know where the road would lead her, but she was willing to take it, as less traveled as it was.

But, despite these achievements, her legacy has been seemingly forgotten by the theater and arts community, at large. So much so, after her death in early 2015 at age 95, she was not included in the Tony Awards’ “In Memoriam” video segment, dedicated to acknowledging Broadway community notables who have died. And, by today’s standards of notoriety, she doesn’t even have a Wikipedia page.

Propelled by her ambition and anchored by her talent and versatility, Brown wholeheartedly stretched her talents to reach the realms of theater, classical, gospel and jazz music — from the silver screen to the concert dance stage, from Bach to Ellington, from Vegas to Broadway — Brown created a limitless life for herself.

Lisa Nicole Wilkerson is an NYC-based actor, host, speaker and freelance editor and writer whose areas of interest are fitness, sports, and entertainment, drawing from her experience performing on Broadway and in theaters from coast to coast.