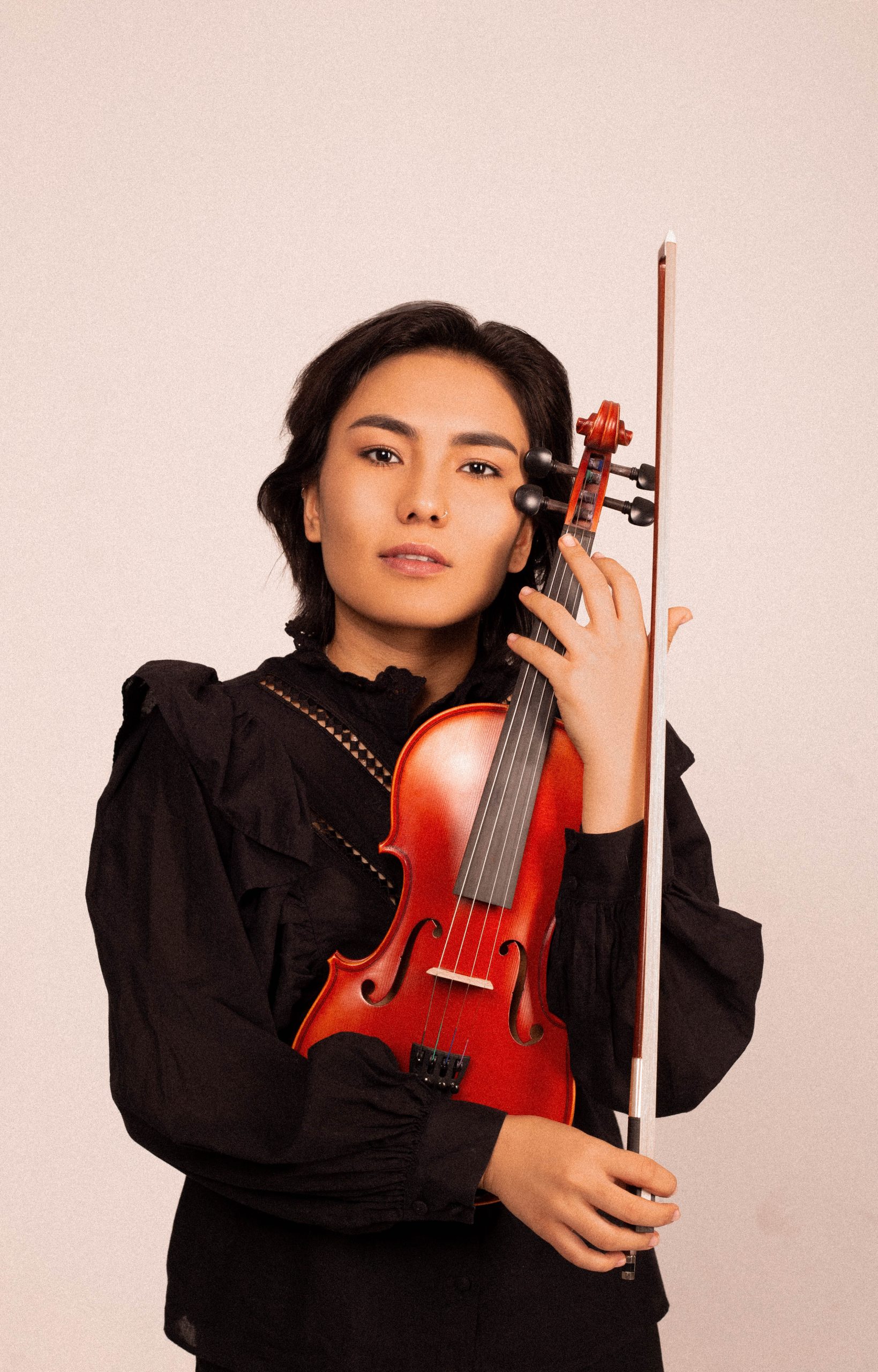 I am Zarifa Adiba, 24 years old from Kabul, Afghanistan. I graduated from the Afghanistan National Institute of Music, the only music education entity in Afghanistan in 2017. I am a Senior student at the American University of Central Asia in Bishkek, Kyrgyzstan, studying International Politics. During my high school I participated in the English Language and Youth Solidarity program in Antalya, Turkey in 2015, afterwards got a full scholarship and attended Yale University for a summer program in 2016 “Yale Young Global Scholars, YYGS”.

Moreover, I became the conductor of the First-Female Orchestra of Afghanistan in 2016 and conducted the Zohra orchestra at the World Economic Forum, 2017 in Davos, Switzerland and followed up concerts in Zurich, Geneva and Germany, Berlin and Weimar. Besides, I have played the lead violist and conducted many concerts in Afghanistan from 2015-2017.

Currently, I have an apprenticeship on Phantom of the Opera where I am observing, being taught by Associate Music Supervisor Kristen Blodgette, and learning about conducting on Broadway.

I have written my first book which has been published in French, Hungarian, Italian, and soon will be published in English “Playing for Freedom” “The Journey of a Young Afghan Girl”.

I have been a panelist at the World Economic Forum in 2017. I was also a panelist at the Innovation for Change in Sri Lanka. I gave my first TedTalk in 2018 in Bishkek, Kyrgyzstan. Recently I was invited at Tory Burch Summit to talk about girls and education in Afghanistan. All my talks have been about Girls and education in every platform I have spoken.