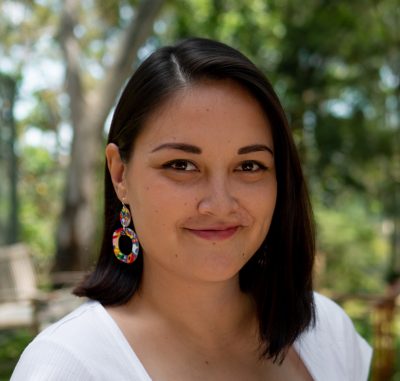 Zara is an accomplished Music Director, Composer, Performer, Arranger, Vocal Coach and Music Educator. She holds a Bachelor of Music from the Sydney Conservatorium of Music, where she studied classical voice and music education, and has her A.Mus.A. qualification in both voice and piano.

Zara has provided music direction and accompaniment for a range of independent cabaret performances around Sydney, including for Darlinghurst Theatre Company’s Bloom Festival, and most recently for Squabbalogic’s Australian Made concert at The Seymour Centre, celebrating music by female, Australian music theatre composers.

Other credits as Music Director include If/Then (Theatre & Company), The 25th Annual Putnam County Spelling Bee (T&C) and CARRIE: The Musical (Louis Ellis Productions).
As a performer, Zara’s credits include City of Angels, The Light In The Piazza, and The Colour Orange, an award-winning, satirical musical about Pauline Hanson, which played at the Sydney Fringe, Adelaide Fringe and Sydney Comedy Festivals.

Zara has been involved in the development of a number of new Australian musicals over the last few years, including music direction for Jack of Clubs (The Joan), Alphabetical Sydney (Critical Stages) and Bakery Hill: An Australian Rebellion (Yellow Line Theatre), for which she also provided vocal arrangements and additional orchestrations.
In recent years, Zara has also begun composing for music theatre, and is currently in collaboration with Deirdre Khoo on a new musical. In June 2021, Zara was commissioned by Blush Opera to write a new art song for soprano and cello, with lyrics by writer Julie Koh.

Zara is incredibly passionate about promoting diversity and representation in musical theatre, particularly for artists of Asian heritage and for female and non-binary musicians, music directors and creatives.