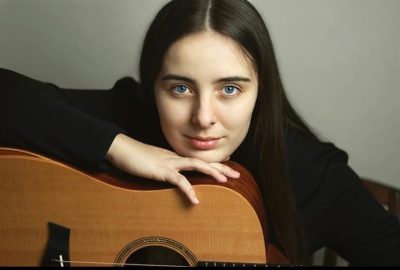 I am an Australian-American singer/songwriter/musician and activist based in New York City who writes/performs my own compositions in English and French.

An alto in the Carnegie Hall Choir In Residence - The Continuo Arts Symphonic Choir - I have performed at the Sacred Music Festival in Rome, the Papal Basilica of St. Peter in the Vatican and in Stern Auditorium with composer/conductor John Rutter. I am also a member of Carnegie Hall's Future Music Project and perform in Studio 57.

I enjoy composing songs and music for short films and documentaries including award-winning works screened at the nationally recognized Millburn Film Fest: http://millburnfilmfest.com