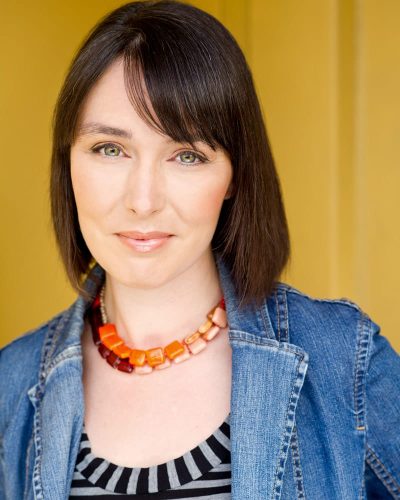 Most recently, Vicky was Assistant Musical Director for the Melbourne season of “Come From Away’ having also filled this role on the Australian tour of 'Beautiful: the Carole King Musical'. In 2016 and 2017 she toured Australia and Japan as Deputy Musical Director for 'Singin' in the Rain'.

Vicky also toured Australasia as Assistant Musical Director for the critically-acclaimed Jersey Boys and has played for rehearsals and in the orchestras of some of the biggest shows to have graced the Australian stage in recent years: 'Wicked', 'Xanadu', 'Les Miserables', ‘Strictly Ballroom' and Hugh Jackman's 'Broadway to Oz’ to name a few.

She has been Musical Director of 'Motherhood The Musical', and 'Elegies: A Song Cycle', and been nominated for Greenroom Awards for her work on 'John and Jen' and 'Thrill Me’.

But most of all, Vicky loves to get people singing. Vicky is the founder and director of Glee Club, Australia's hippest sing-a-long choir. She hosts large-scale events, corporate choirs and workshops that guarantee to get everyone using their voice (and loving it!)

Vicky writes and arranges choral music which you can find at www.sheetmusicplus.com and The Australian Music Vault Choir Project. Vicky is proud to be part of the team that developed the Number 1 Vocal Warm Up app for smartphone, Warm Me Up which you can download on iPhone or Android.