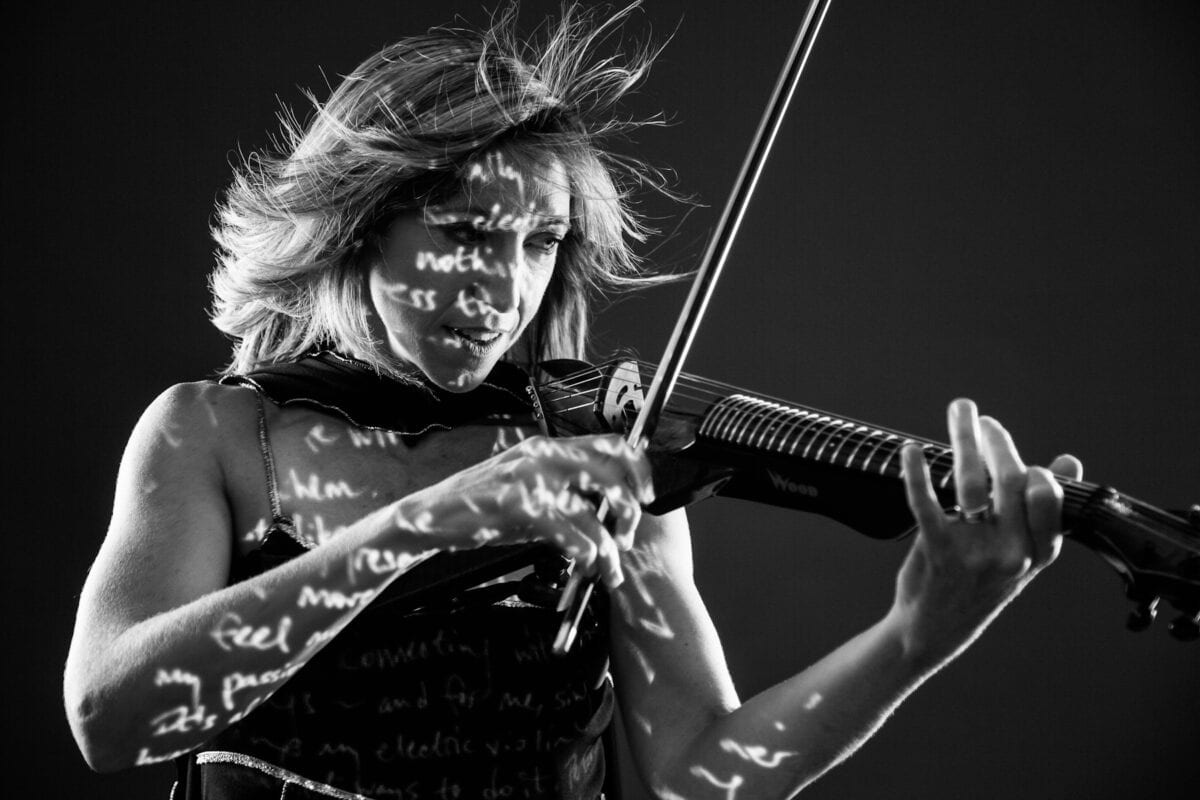 Valerie Vigoda uplifts and connects with people through her unique combination of gorgeous vocals, dazzling electric violin, trailblazing technology and heartfelt, authentic musical storytelling. Whether she is lighting up New York stages with her award-winning female-empowerment musical ERNEST SHACKLETON LOVES ME, sharing the stage with Michelle Obama at a cutting-edge educational conference, performing solo with her acclaimed live-looping project JUST GETTING GOOD, or inspiring thousands of executives and students toward more presence and vividness through her musical keynotes, Valerie brings a magnetic, contagious spirit of peak aliveness to everything she does.

Granddaughter of world-renowned cantor/RCA "gold record" tenor Samuel Vigoda, and daughter of masterful Washington, DC society pianist Bob Vigoda, Valerie grew up immersed in her musical heritage; she learned how to sing and sight-read at her father's side on the piano bench, and started classical violin at age eight. Her natural curiosity and love of learning, combined with a rebellious spirit, led to a highly unusual educational path: skipping three years ahead in school, she headed to Princeton at age 15, and joined Army ROTC to pay for college. The discipline she learned in the military served her very well, even as she followed her heart into the wilds of the music industry, and switched from classical to electric violin. Valerie honed her skills touring the world with Cyndi Lauper, Joe Jackson and the Trans-Siberian Orchestra, and founded the band GrooveLily, which toured for many years on the indie circuit.

Valerie and her bandmates moved into the world of theatre with their hit stage musical STRIKING 12, and were pioneers in the "actor-musician" theatrical movement which continues to this day. She (and her then-husband/collaborator Brendan Milburn) decided to cut down on performing and concentrate more on songwriting in order to be home more to raise their son Mose; over the next ten years she co-wrote many songs for Disney, as well as multiple stage musicals which have been produced from La Jolla Playhouse to Off-Broadway. Her work has won the Jonathan Larson Award for Excellence in Musical Theatre, the LA Ovation Award for Best Musical, the ASCAP Richard Rodgers Award and the Off-Broadway Alliance Award for Best Musical.

Valerie is now expanding her reach in the realms of performing, writing and speaking: writing with new collaborators, spreading her wings as a solo performer and in-demand musical keynote artist, as well as Off-Broadway actor-musician. She is also the newest Artist Mentor in the groundbreaking Electrify Your Strings program, which brings rock arrangements and high-octane performance energy to school orchestras throughout the nation. She lives in Seattle with her son Mose.