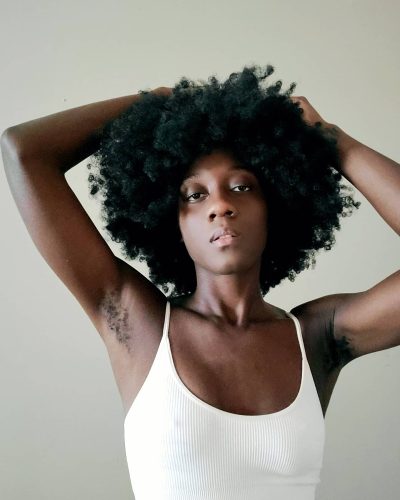 Tẹmídayọ Amay (they/them) is a Black Trans Non-Binary bookwriter, lyricist, vocalist, poet, and queer activist born and raised in Washington, DC. Tẹmídayọ Amay has been featured in American Theatre Magazine, The Washington Post, and DC Theatre Scene, among other publications. Some of their most notable written works include: co-writer and star of What’s on Your Walls—an online “domestic show & tell gallery,” Freshman Year—an episodic fiction chronicling the lives of five African ‘gyrls’ as they navigate their first year at a PWI, and Trans Too—a video-poem installation celebrating the liminal omnipresence of Trans existence and Trans identity, at the intersection of new chapters and pivotal, transitional moments in Time. In addition to writing, Tẹmídayọ Amay is the founder and executive producer of PILOT, a producer’s collective dedicated to producing queer Black Stories, to documenting queer Black History, and to championing queer Black Liberation. Amay is a founding member of the Black Artist Coalition—an assembly of artists and advocates from the Black community who are committed to improving the status of Black professional creatives in Theatre.. They are a Helen Hayes Award winning performer, and have worked alongside the MCC Theater, La MaMa ETC, and the John F. Kennedy Center for the Performing Arts, and PILOT. Instagram: @temidayoma