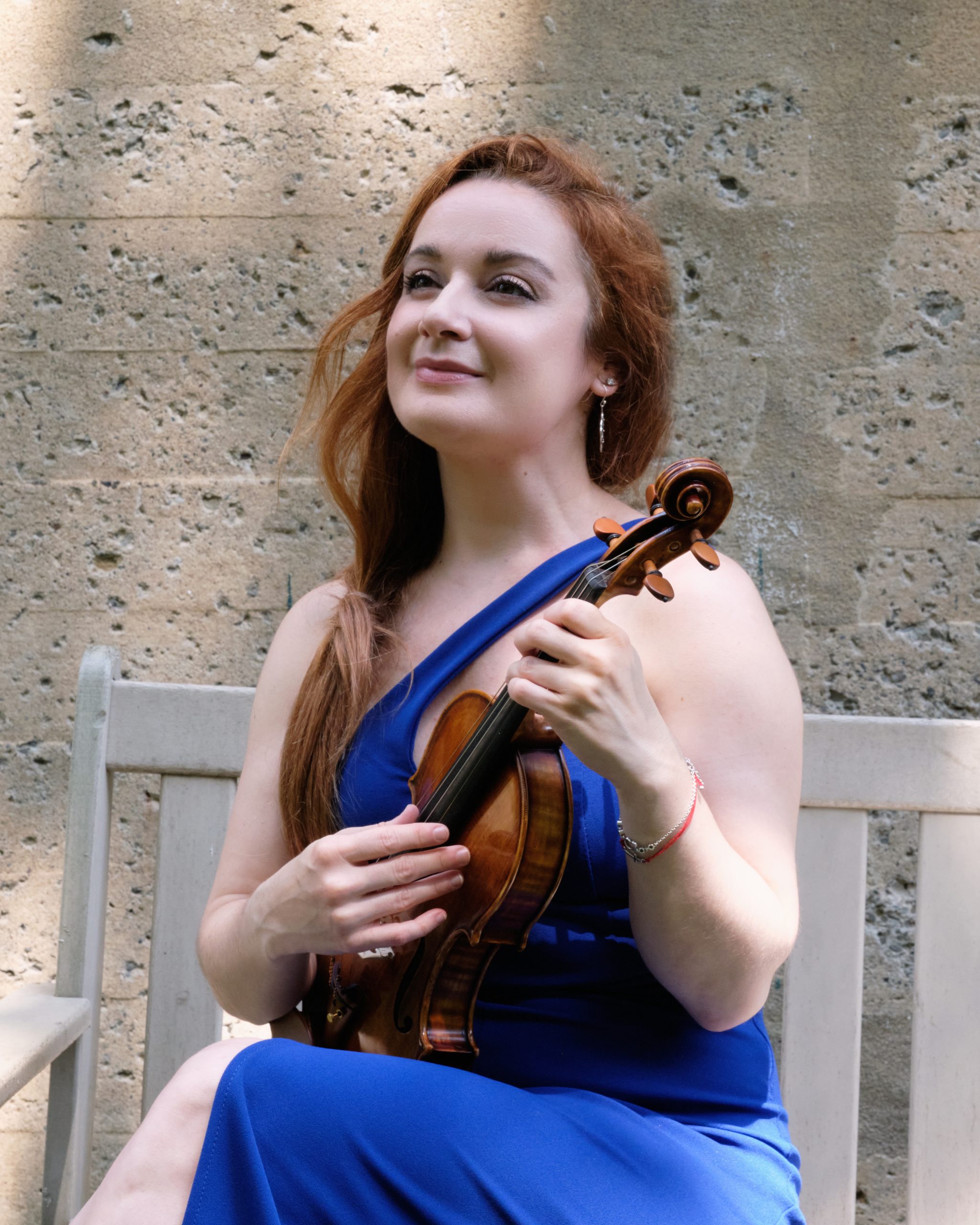 Ms. Tsoneva made her solo debut at Carnegie Hall’s Weill Recital Hall in February 2005, under the auspices of the St. Cyril and Methodius Foundation. She is the recipient of numerous international awards, including Eugen Coca, Young String Players, and Five Towns, and has appeared at prestigious venues including Carnegie Hall and Alice Tully Hall in New York, Royal Festival Hall in London, Boston’s Jordan Hall, and Jazz at Lincoln Center.
A sought-after collaborator for her versatility, her work has been featured on multiple albums such as Sting’s If on a Winter’s Night, Renée Fleming and Friends, and Jazz pianist Eddie Higgins’ Moonlight Becomes You, among others, all of which highlight her multifaceted career and wide-ranging repertoire. Tsoneva’s TV and Radio credits include PBS Live From Lincoln Center, WQXR, WRTI, NPR, and Bulgarian National Television and Radio.
A passionate chamber musician, Ms. Tsoneva is equally comfortable on stage, in the recording studio and in the pit. A regular on Broadway, she has been a part of West Side Story, My Fair Lady, Evita, Ain't Too Proud, South Pacific and Phantom of the Opera. She is also a founding member of Sonodar Trio whose debut album Octubre comes out later this year (2021).
As the effects of the COVID shutdown devastated the music community, Ms. Tsoneva created and launched Listen and Heal—an online series, dedicated to providing work and mental support for artists. Episode One aired in May 2020 and the most recent Episode Six released on February 14, 2021. The series is supported entirely by tax-deductible donations, made through Fractured Atlas, and it has so far, provided work for over a dozen artists. Svetlana is intimately aware of the challenges, facing the music industry and has been working tirelessly on the series—from fundraising through putting the final edits—in the hopes that it will continue to make a difference in artists’s lives, both musically and spiritually.
Svetlana holds a Bachelor of Music Degree in Violin Performance from New England Conservatory and a Master of Music Degree in Violin Performance from The New School: Mannes College.