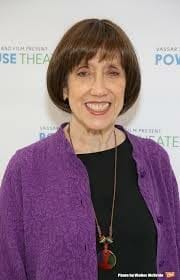 Susan Birkenhead received a Tony Nomination, a Grammy nomination and a Drama Desk Award for her lyrics for Jelly's Last Jam. She was nominated for a Drama Desk Award for Triumph of Love, and a Tony award for Working. She won an Outer Critics Circle award for What About Luv, and an L.A. Drama Critics Award for Minsky’s.
She wrote additional songs for Cole Porter’s High Society for Broadway, and was one of several writers for Stars of David, and A My Name Is Alice Off Broadway.
She is currently in previews for The Secret Life of Bees with Lynn Nottage, Dunca Sheik and Sam Gold, and is working on Black Orpheus with Lynn Nottage and George C. Wolfe, and Betty Boop, with Bob Martin, David Foster and Jerry Mitchell.