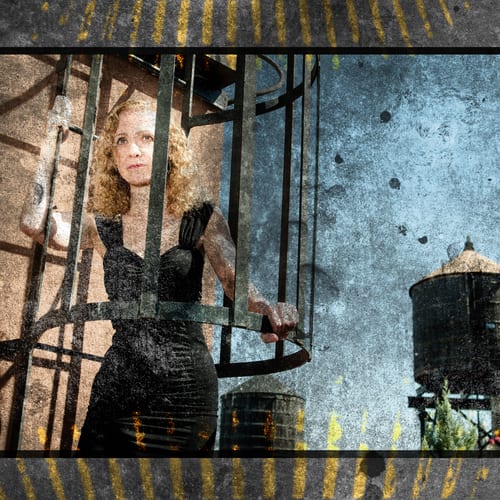 Composer STEFANIA DE KENESSEY is active in a wide variety of genres. Her opera adaptation of Tom Wolfe’s best-selling novel “Bonfire of the Vanities” (bonfiretheopera.com) premiered in New York City in 2015 to considerable acclaim: “melodically ingratiating…skillfully wrought…caustically witty” (Financial Times); “Stefania de Kenessey’s musical setting was, unlike a lot of contemporary opera, tuneful and grateful to the voice” (The Observer). A darkly funny political satire, updated to contemporary concerns, the music now concludes with the collapse of the Stock Exchange, firm after firm crumbling on Wall Street…

De Kenessey’s music has been performed extensively in venues both traditional and off-the-beaten path, ranging from Carnegie Hall and Lincoln Center to LaMama and Joe’s Pub. Premieres in 2018-2019 featured her (mostly) humorous cabaret songbook, The Well-Tempered Woman, for which she wrote both music and lyrics, as well as SHE, her first purely electronic score for Ariel Rivka Dance.

Trained at Yale and Princeton, de Kenessey is steadfastly committed to honoring women composers and is the founding president of the International Alliance for Women in Music.

For further information, please visit her website at www.stefaniadekenessey.com