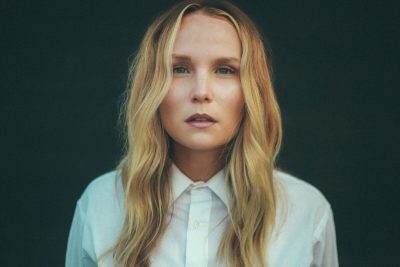 Sophie Dupin has developed and written for various artists, successfully placed songs in numerous commercials and films and most recently completed music and lyrics for a musical theater production called POPSTAR. Dupin also records under the artist name Brix. Most recently, Brix’s cover of Gwen Stefani’s (No Doubt) “Just a girl” was featured in Disney’s official trailer for “The Nutcracker and The Four Realms” set for November 2018 release. Brix’s vocals and songwriting are featured on Hollywood Records’ (Disney) artist Cole Plante’s song “Before I’m Yours” which topped the Billboard Dance Charts.
In 2015 BREAK artist LOREN (developed by Dupin & Levine), was labeled 5 Artists to Watch in September 2015 by SPIN MAGAZINE. Dupin is also the co-writer of viral sensation Kimberly Henderson’s “Tiny Hearts” which received national press and was performed on the Steve Harvey show. Dupin has worked as a Judge for X-factor and scout for America’s Got Talent. Dupin also sang with the band Passion Pit on Saturday Night Live.
The recent loss of Dupin’s father to cancer provoked a period of writing and reflection evident in her latest body of work, the “Broken Vessel” EP and propelled her into releasing her own music for the first time in 2018.