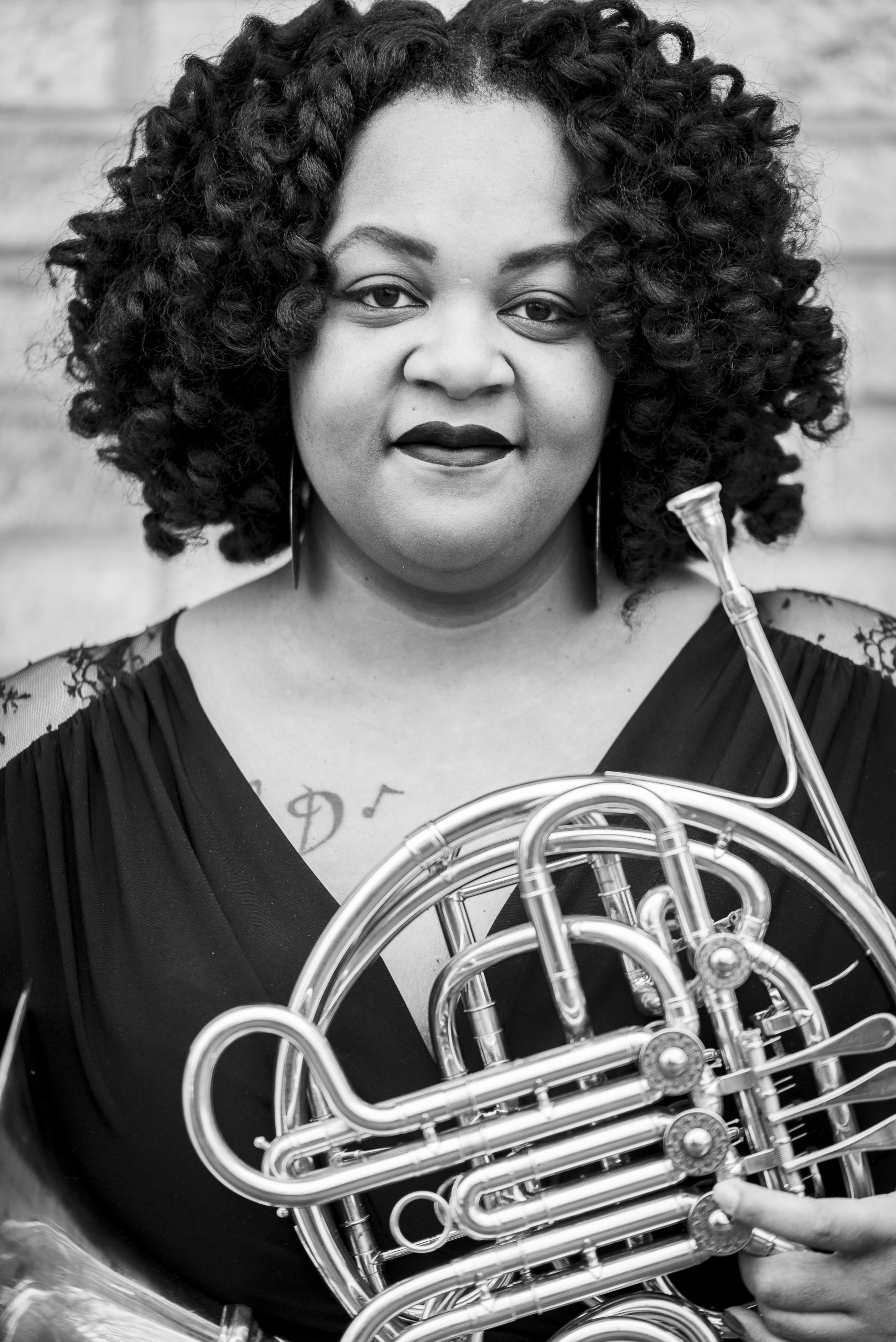 Shanyse Strickland is a multi-instrumentalist, vocalist, composer and arranger. Originally from Akron, OH, Shanyse began her journey as a flute player turned French Horn player with non-traditional interests in jazz and pop music which eventually landed her in Youngstown, OH. While in Youngstown, Shanyse participated in the reunion of the original Ohio Players, where she played flute, trombone and sung back up for the group. Her connections with Billy Beck, lead singer and piano player of the group, lead to a new world of improv, which soon lead to new horizons in Pittsburgh, PA.

Currently in New York, Shanyse is freelancing, composing and arranging for artists like Roberta Flack, and recording track work for artists around the country. She has been the “it” horn player for celebrities like tapping dancing legend, Savion Glover and Black Thought of The Roots, where she stands out with her classical background mixed with improv. She holds down the horn and flute spot in “Will Wells and the Whole Team Winnin” band at ESPN, where she performs every year for the Heisman Trophy Ceremony aired on live TV. With these kinds of opportunities and positions, Shanyse is broadening the choices of the career paths for the common horn player.