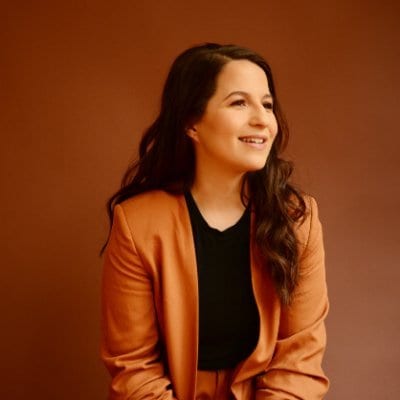 Shaina Taub is a Vermont-raised, Brooklyn-based songwriter and performer. She has the won the Jonathan Larson Grant, the Kleban Prize, the Fred Ebb Award, the Billie Burke Ziegfeld Award, and the ASCAP Lucille and Jack Yellen Award. Taub has starred in her musical adaptations of Shakespeare’s Twelfth Night and As You Like It at the Public Theater’s Delacorte in Central Park, commissioned and produced for their Public Works initiative. Both musicals are receiving current and upcoming productions regionally and around the world, most recently at London’s Young Vic. She’s currently writing a musical about Alice Paul and the American women’s suffrage movement and she's writing lyrics for the upcoming Broadway musical of The Devil Wears Prada, with music by Sir Elton John. Taub’s work was featured in Lincoln Center’s American Songbook concert series and she recently made her Carnegie Hall debut performing her music with the New York Pops. She wrote the score for and co-starred in Bill Irwin and David Shiner's Old Hats, directed by Tina Landau at the Signature Theatre and A.C.T. Her songs have been performed by Audra McDonald and Sutton Foster, and she wrote the theme song for Julie Andrews’ Netflix series Julie’s Greenroom as well as many songs for Sesame Street. She co-wrote the opening number for the 2018 Tony Awards. She earned a Lucille Lortel Award nomination as Mary in the off-Broadway run of Natasha, Pierre & The Great Comet of 1812, and appeared in the original cast and on the cast album of Hadestown at New York Theatre Workshop.She has an ongoing concert residency at Joe’s Pub and her two solo records, Visitors and Die Happy are available at www.shainataub.com.