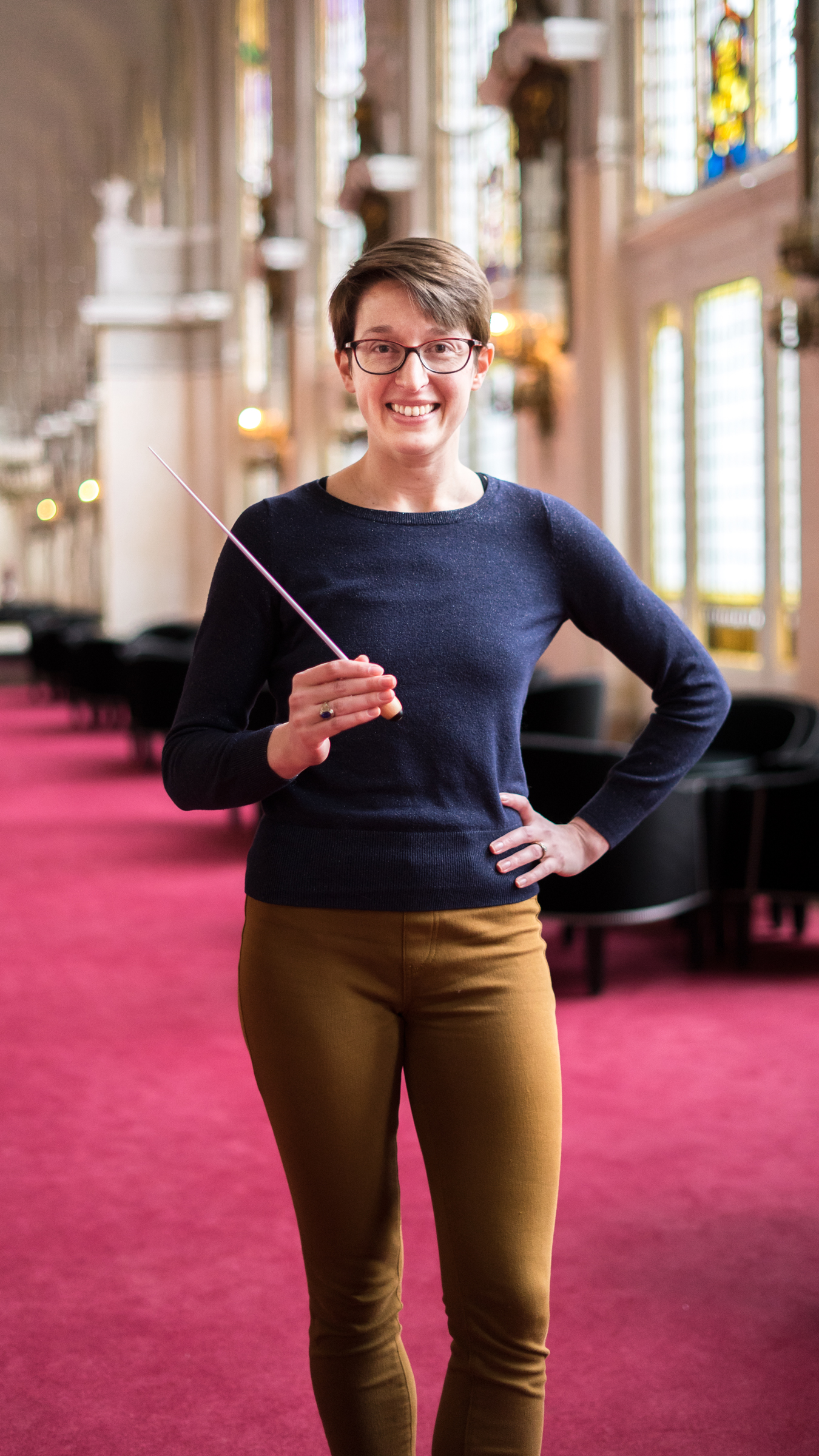 Whether composing a rock musical or an opera, for a women's chorus marching on NYC or a play at the UK's National Theatre, composer Sarah Taylor Ellis puts soaring, storytelling melodies and a distinctive choral sound at the heart of her music. Sarah is also a musical director, dramaturg, scholar, and teaching artist. Her work aims to embrace the inherent hybridity and multiplicity of musical theater as an art form.

​Sarah is based in Berlin, and she is currently composing her first musical auf Deutsch: an adaptation of Lisa Tetzner's Die Schwarzen Brüder ​with libretto by Mirco Vogelsang.

These Girls Have Demons, an original feminist rock musical with book and lyrics by Ovation Award-winning playwright Meghan Brown, is in development with Pittsburgh CLO.

Four-time Olivier Award winner Maria Friedman and Wigmore Hall Associate Artist Gweneth Ann Rand starred in the 2019 London reading of The Trojan Women, directed by Adele Thomas. With libretto by Ellen McLaughlin, this hybrid musical/chamber opera is the recipient of a 2019 OPERA America Discovery Grant, and it had a workshop production at Columbia University in October 2021.

Sarah was the composer and musical director for The UK National Theatre's Hamlet for young audiences, adapted by Jude Christian with direction by Tinuke Craig. Hamlet toured London schools in February and March 2020; the Dorfman run was cancelled due to COVID-19.

Sarah's contemporary classical adaptation of Jane Austen's Emma, with book and lyrics by Meghan Brown, had a 2018 industry reading in London directed by Thom Southerland; Emma also had a 2017 industry reading in NYC starring Kerstin Anderson, Claybourne Elder, and Ruthie Ann Miles. Emma has been further developed with Apples and Oranges Studios (An American in Paris, Memphis, Hair).

Sarah's "hauntingly beautiful" chamber musical The Yellow Wallpaper received a full production by DC's Pallas Theatre Collective in July 2014; it is featured in Literature, Film, and Their Hideous Progeny: Adaptation and ElasTEXTity. Sarah's family musical Thank You, Mr. Falker was presented as part of the 2011 LA Festival of New American Musicals. Sarah has composed stand-alone songs for Pittsburgh CLO, activist opera company White Snake Projects, and investigative theater company The Civilians, and she collaborated on an original choral piece, "We Walk Through," that kicked off the Women's March on NYC on January 21, 2017. Sarah's composition of "Mayme's Song," originally written for a star-studded reading of Intimate Apparel at NYC's Signature Theatre, has since been featured in productions across the US.

As a musical director, Sarah has worked on classic and new musicals, plays with music, actor-muso pieces, and concerts in venues including the UK's National Theatre, 54 Below, Two River Theater, and universities and schools across the US and UK. Sarah is also the Music Supervisor for the cult favorite Fellowship! The Musical Parody of The Fellowship of the Ring. As a dramaturg, Sarah has supported the development of innovative new plays and musicals ranging from Psittacus Productions' Pulitzer Prize-nominated Cyclops: A Rock Opera to the anarchist song cycle Untuned Ears Hear Nothing But Discord, which Tony Award-winner Lindsay Mendez premiered in Lincoln Center's 2015 American Songbook Series. Sarah's theater criticism and scholarship have been published in American Theatre, L.A. Weekly, Studies in Musical Theatre, and anthologies with Palgrave and Routledge. Her monograph Doing the Time Warp: Strange Temporalities and Musical Theatre was published by Methuen Drama in early 2022.

Sarah is also an inspiring interdisciplinary teaching artist with experience from elementary school to university level. She has taught for Universität Bayreuth, ArtsEd, The University of Chester, The Nightingale-Bamford School, The Metropolitan Opera Guild, Roundabout Theatre Company, and UCLA. She holds a Ph.D. in Theater & Performance Studies from UCLA and a B.A. in Theater Studies/Music and English from Duke University.