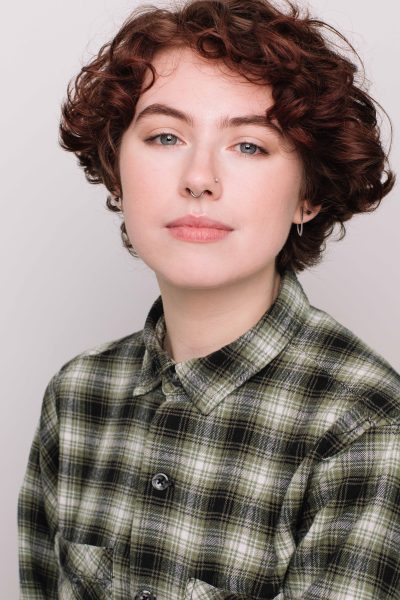 River von Waldron (they/them) is an actor, singer, playwright, poet, composer, and musician all wrapped in one. Recently, they were part of the understudy cast of the Arden Theatre Company's "Into The Woods" as U/S Rapunzel's Prince/Florinda/Harp. Their musical, "GHOST TOWN: The Musical" (Book, Lyrics, Music) premiered as a staged reading in the 2022 Polyphone Festival of New and Emerging Musicals. The concept album for this musical premiered online as part of the 2021 Philadelphia Fringe Festival. Their one act play, "THREE SCORPIONS WALK INTO A BAR" premiered in StageQ's First Annual CapitalQ Festival in 2022. Upcoming, their first single, "Dusk", co-written and produced with collaborator Randy Louise, will be releasing in August, 2022. Their play "coop: the lesbian chicken play" will be premiering as part of WYOpen Stages in September, 2022. You can read your plays on New Play Exchange.

They are a life-long learner, a lover of the color green, and currently live in Philadelphia, PA, with their bunny, Fauna.