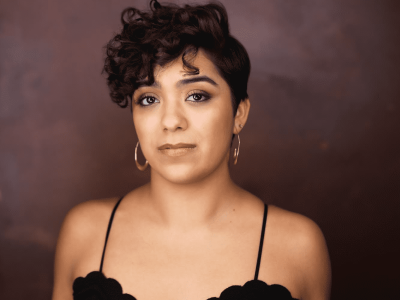 As a performer Rebecca has been seen on many New York and international stages such as Feinstein’s/54 Below, Greenroom 42, The Lunt-Fontanne Theatre as well as at BroadwayCon and Elsie Fest. She was most recently seen on the revolutionary 360 staged production of West Side Story at the IHI StageAround in Tokyo, Japan. She has also been behind the table as assistant director on Lolita, My Love at the York Theatre Company under Emily Maltby, the off-Broadway revival of A Man For All Seasons with Christa Reed-Scott, and Evita at New York City Center this last Fall.

As a composer/ lyricist, she began studying in the Musical Theater Writing course taught by Ryan Scott Oliver at Pace University. Her work from musicals “Credence and Cecilia” & “Not Quite Extinct” (both written with playwright Brandon Adam) have been showcased on several occasions at Feinstein’s/54 Below. "Not Quite Extinct" was a runner up in the Theater Now New York Soundbites festival two years in a row and reserved a honorable mention on both occasions. Currently, Rebecca is working in collaboration with Rob Rokicki and iTheatrics to write a vignette titled "Fever" for the musical Breathe: Portraits of a Pandemic. Other various musical projects include orchestrating and vocal arranging for university productions.
​
Rebecca has a BFA in Musical Theatre from Pace Performing Arts at Pace University.