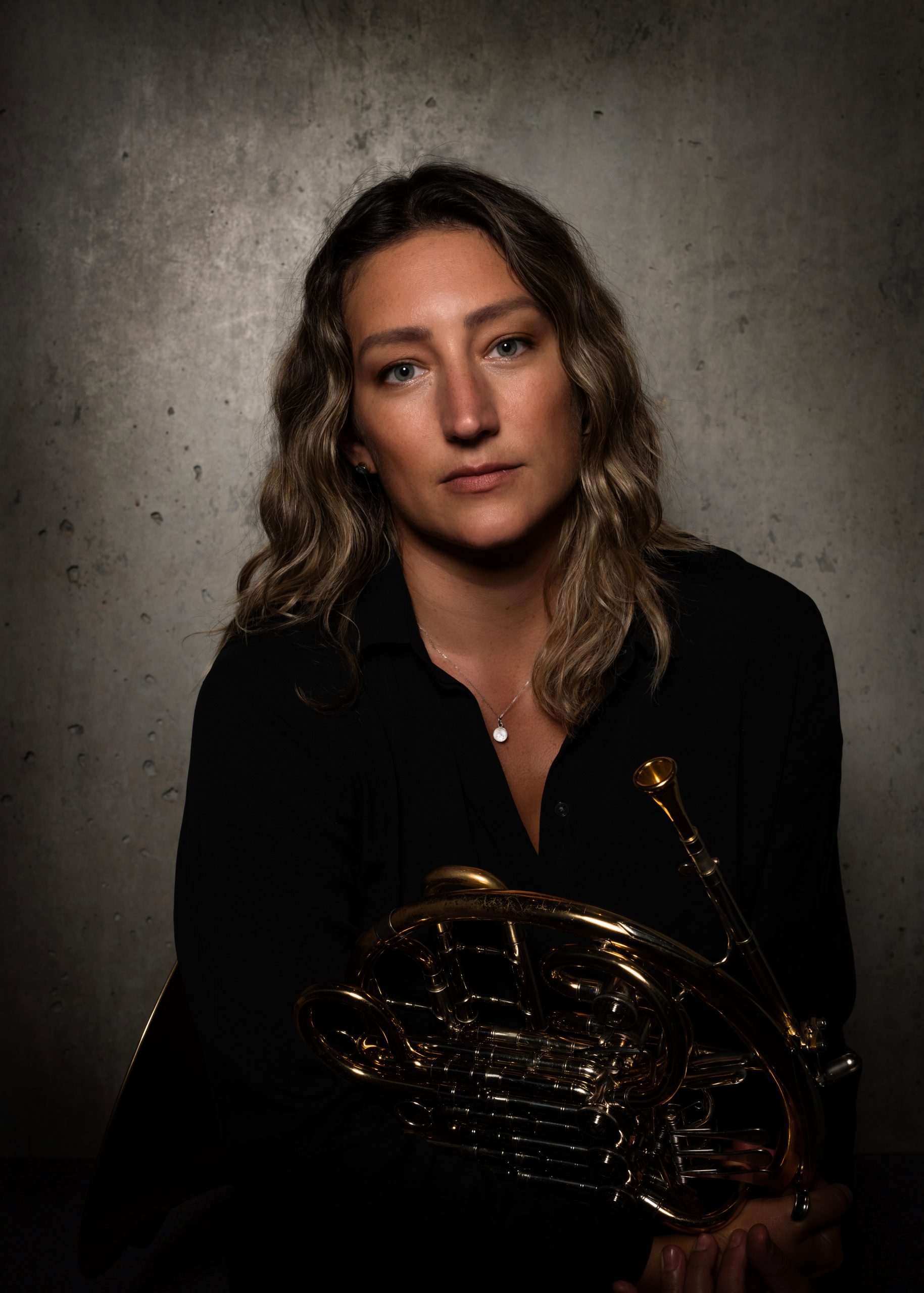 Rachel Drehmann is a New York City-based french horn player who loves the vibrant scene and
diversity the city has to offer. She can most often be found playing on Broadway, as a member of Banda de Los Muertos, and as founding member of the horn quartet Genghis Barbie.
Rachel has recorded and/or shared the stage with Adele, Lorde, Arcade Fire, Charlotte Gainsbourg, Father John Misty, Frank Ocean, Kanye West, and Shakira. Her television appearances have included NPR, The Late Show, The Colbert Report, SNL and The Tonight Show. She was also the horn player for the Love This Giant tour with pop/rock icons David Byrne and St. Vincent on a whirlwind year-long adventure of busing, biking, and playing shows all around the world. She performed on NBC’s production of the Emmy-winning Live in Concert “Jesus Christ Superstar” with John Legend. Most recently, she performed on the album and live concert film “Western Stars” by Bruce Springsteen.
Rachel regularly performs with the American Symphony Orchestra, American Ballet Theater,
International Contemporary Ensemble, Metropolis Ensemble, and The Knights. She has also been an active Broadway musician since 2006, performing on numerous shows including Frozen, Lion King, Wicked, Phantom of the Opera, Les Miserables, The King and I, Flying Over Sunset, Gigi, Ragtime, Miss Saigon, Anastasia, Diana, Music Man, and others.
As a founding member of Genghis Barbie, Drehmann has toured the US, Canada and Europe as
performing at multiple International Horn Society Symposiums, premiered a solo commission at Carnegie Hall's Stern Auditorium, and their recording of A-ha’s "Take on Me" was featured in an episode of the HBO show "The Leftovers." As educators, they have toured numerous universities presenting workshops, masterclasses, and lectures on musical entrepreneurship. They have released five studio albums: the self-titled debut album, the holiday album “Genghis Barbie: Home for the Holidays,” “Genghis Baby: Songs for Noa,” their second pop album, “Amp it Up!”, and an album featuring all classical arrangements called “2 Legit.”