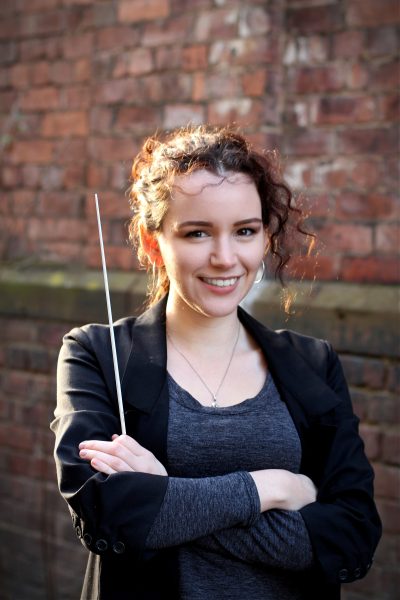 Polina Senderova is a Music Director and Multi-instrumentalist from New York City. She recently finished touring as Keys 1 on the first national tour of Mean Girls, and is now on call as a swing for two of the show's keys books.

From ages 6 to 18, she studied classical piano and violin at Manhattan School of Music Precollege. She then attended Northwestern University, where she got a Bachelor’s Degree in Journalism, and was also heavily involved with music and theatre on campus.

Her senior year, she got hired by Howl at the Moon, a national dueling pianos franchise, with which, over the next few years, she was trained and flown all over the country to sing, play drums and bass guitar, and perform hundreds of songs on multiple instruments. After that, she worked on cruise ships, as a singing pianist on Holland America Line's popular show called “Billboard Onboard.”

In 2019, she moved back to NYC where she began to freelance, perform at local piano bars, and get back into musical theatre by music directing and playing for various projects in the NYC area. When the pandemic hit, Polina went to Glasgow to get a Master's Degree in Music Direction from the Royal Conservatoire of Scotland. While there, she worked on a new musical called "X: 1969" which uses the music of Fleetwood Mac to tell the story of the Manson family, and will debut in full at the Edinburgh Fringe Festival in 2022. When she came back to NYC in 2021, she music directed the reading of "Pants! The Jimmy Pants Musical" by Joseph Church, soon after which she got hired to be a keyboard swing for the Mean Girls Broadway tour.

She's currently based in NYC but travels often.