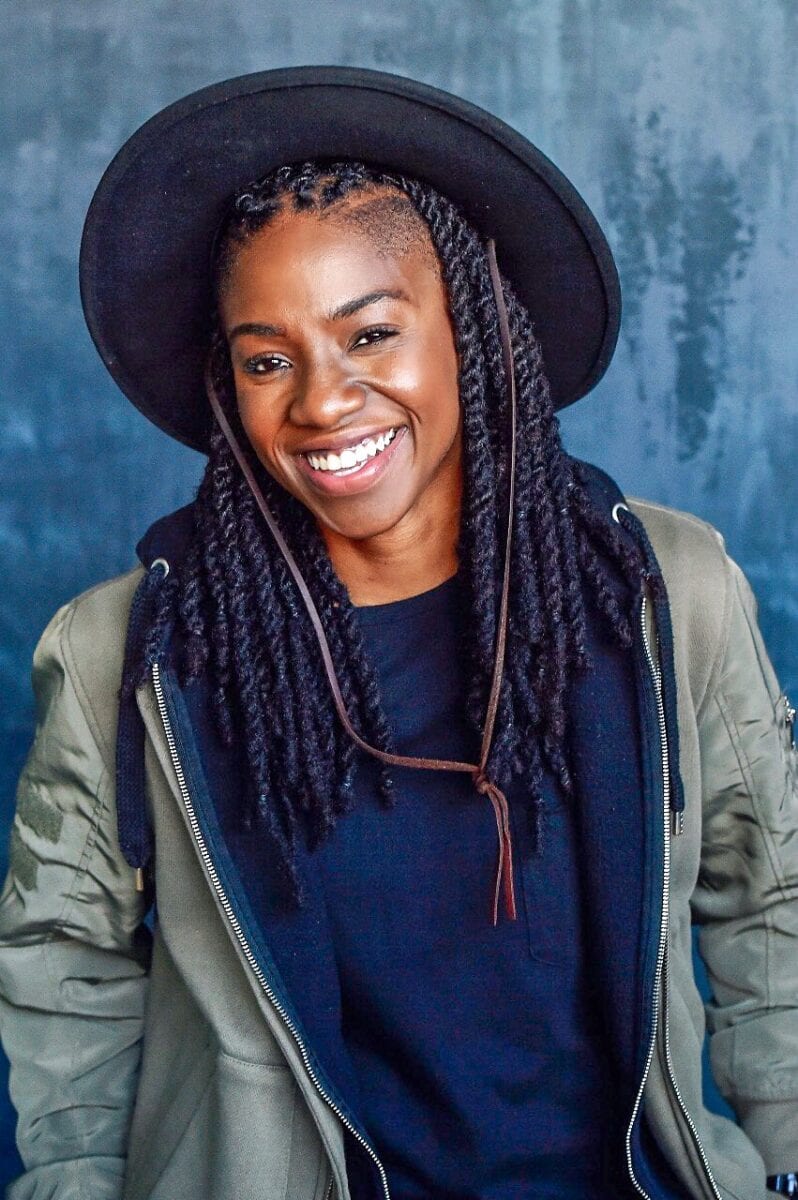 If poetry in motion were defined by a single artist it would surely be Patty Anne Miller. A triple threat in the creative space, Patty is an incandescent star. Not only does she march to the beat of her own drum, she designs those beats. As a drummer, actress and all around entertainer, Patty is an unforgettable force. She vibrates at a frequency that is unmatched and illuminates any arena she steps into. Upon meeting Patty, most immediately sense that she was born to entertain.

Inspired by Sheila E., Patty began her electrified love affair with drums in church at the age of ten. Influenced by Aaron Spears, she infused gospel chops into a hard-hitting rock style. Patty discovered fusion at a young age, quickly becoming the perfect blend of Dave Weckl, Tony Royster Jr. and Travis Barker. As a full-tuition scholarship recipient, she graduated from Berklee College of Music in 2010.

Her time at Berklee paved the way for a career in the somewhat fickle music industry. Upon graduating, Patty was able to secure a coveted internship at Sony Music in Beverly Hills, CA. While residing in LA, Patty appeared as a featured contestant on “So You Think You Can Dance,” showcasing her dance and drum abilities.

Determined to pursue her dreams, Patty quit her full time retail job to go on tour with a rock artist. Although the tour proved to be fruitless; she viewed it as a teachable moment, and resolved to grow from the experience. Having no quit in her, she threw herself full force into her music career and started networking and playing local gigs. Patty’s hard work and persistence paid off in dividends when she was chosen to tour with Ceelo Green. From playing with Beyonce during halftime at the Super Bowl, to being featured in national television commercials for McDonalds and Chobani yogurt, to touring the world with Quinn XCII, performing alongside artists such as Leslie Odom, Zara Larsson, Melody Thornton and more, Patty’s star has only begun to rise.

She recently made her feature film debut in a major studio sequel, “Bill and Ted Face the Music,” which premiered August 28th 2020. Getting a taste of the set life, left Patty hungry for more. Unwilling to be immobilized, she quickly realized it was time to elevate her career and goals to a dimension worthy of her talents. Through it all, Patty has remained focused on one thing; to use her many gifts and carry out her purpose. More than a musician, more than an actor, Patty is an entertainer blazing her path to new heights.

Patty is mesmerizing. Her musical intellect has opened doors in ways that only masters of the trait could fully appreciate. She’s a student of the craft and is relentless in her pursuit to perfect whatever role or assignment she’s given. As she continues to redefine her talents, Patty Anne Miller is taking the world by storm one movie role and one musical note at a time. You must see her in action to believe your eyes.