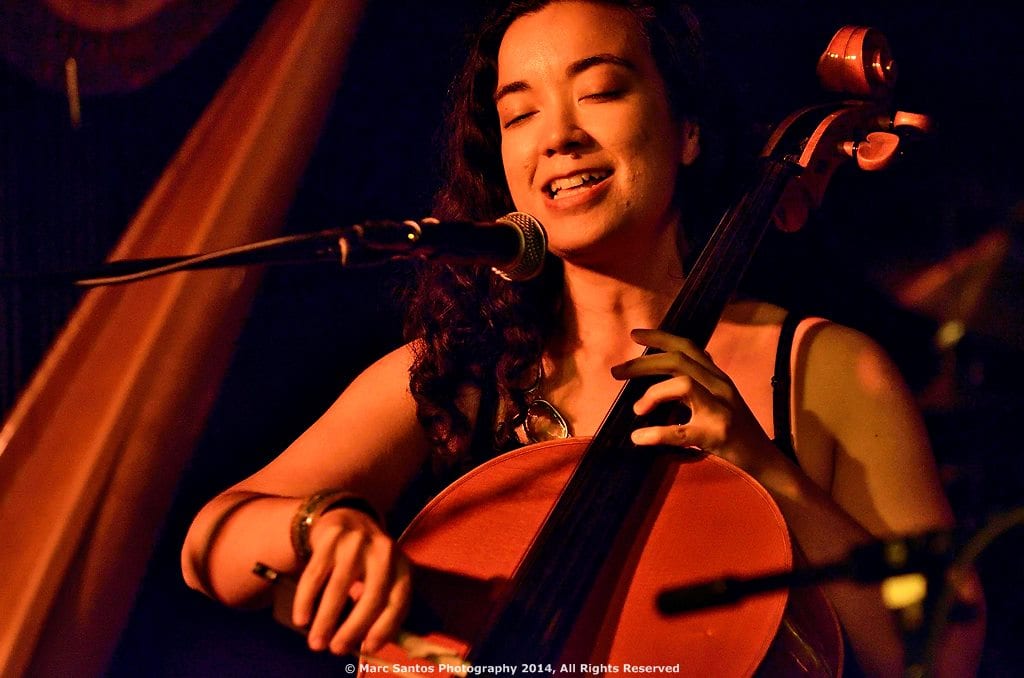 Patricia Santos is a songwriter and singing cellist (or vocellist) who loves many different kinds of music. She draws on her classical training to meld the cello with non-classical styles and strives to continually learn new techniques or find new ways to use old ones. Her own songs range from blues to rock to folk and art-pop. Lucid Culture called her a "dark, diverse cello rocker", and Vance Gilbert describes her “as if Nina Simone and Yo-Yo Ma had a kid.” Her debut EP "Never Like You Think" was listed on New York Music Daily's Top 50 NYC Albums of 2015. Patricia is half of the duo of singing cellists The Whiskey Girls, half of Petty Larceny with her husband Brian Broelmann, and is a member of parlor rock big band Kotorino. A New York native, she has played in venues around the country including Carnegie Hall, Joe's Pub, Bowery Ballroom, Music Hall of Williamsburg, 54 Below, House of Blues, The Music Box Supper Club in Cleveland, and The Oriental Theater in Denver. She has worked with artists such as Hurray for the Riff Raff (and can be heard on their latest album, "The Navigator"), Katreese Barnes, Martha Redbone, Charming Disaster, Emily Mure, Prince Ea, Seafair, Carner and Gregor, Vandaveer, and La Strada. Patricia is a teaching artist for Musicambia, a non-profit that brings the life-changing power of music to incarcerated communities, and she was recently elected to the Board of Directors of the Violoncello Society of New York. She received her Bachelor’s of Music in Cello Performance from Baldwin-Wallace Conservatory with Regina Mushabac, and her postgraduate studies were with Bryan Dumm of the Cleveland Orchestra. Patricia is a member of the New Directions Cello Association.