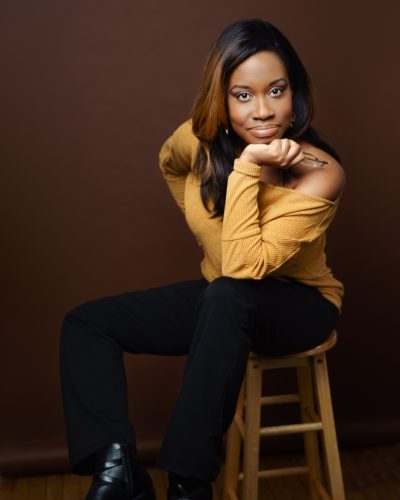 November Christine holds a degree in Cellular Biology and Molecular Genetics from the University of Maryland, as well as a BM in Musical Theatre from the East Carolina University School of Music. She began her creative career in New York as an actress and singer. An emerging playwright, Ms. Christine produced her first musical MIRROR, MIRROR at the 2015 Hollywood Fringe Festival, followed by a 3-week run in Los Angeles, CA. November’s most recent writing project is her historical hip-hop drama, LEGACY THE MUSICAL which was showcased in London in 2017 and won “Best of Fest” at the 2018 New York Musical Festival. November is a BMI Lehman Engel Musical Theatre Workshop Lyricist, Sokoloff Arts Fellow, and NYCLU Artist Ambassador.