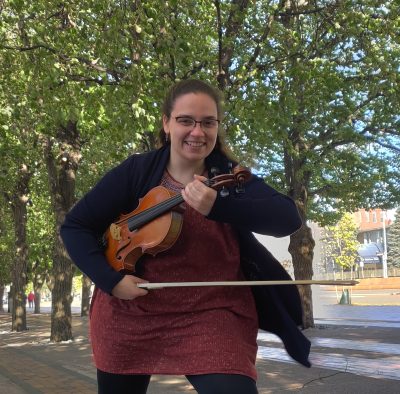 Niki Yeracaris is a viola/violin doubler, composer, arranger, and music copyist. She is currently studying at Berklee College of Music, working towards a degree in Contemporary Writing and Production with a specialization in Video Game Scoring.

Outside of Berklee, Niki works as a freelance violist/violinist, composer, and arranger/orchestrator. She was the copyist for the new musical Elsewhere by Lexi Weakley, and hopes to work on more professional musical theater projects, especially as an orchestrator and copyist.