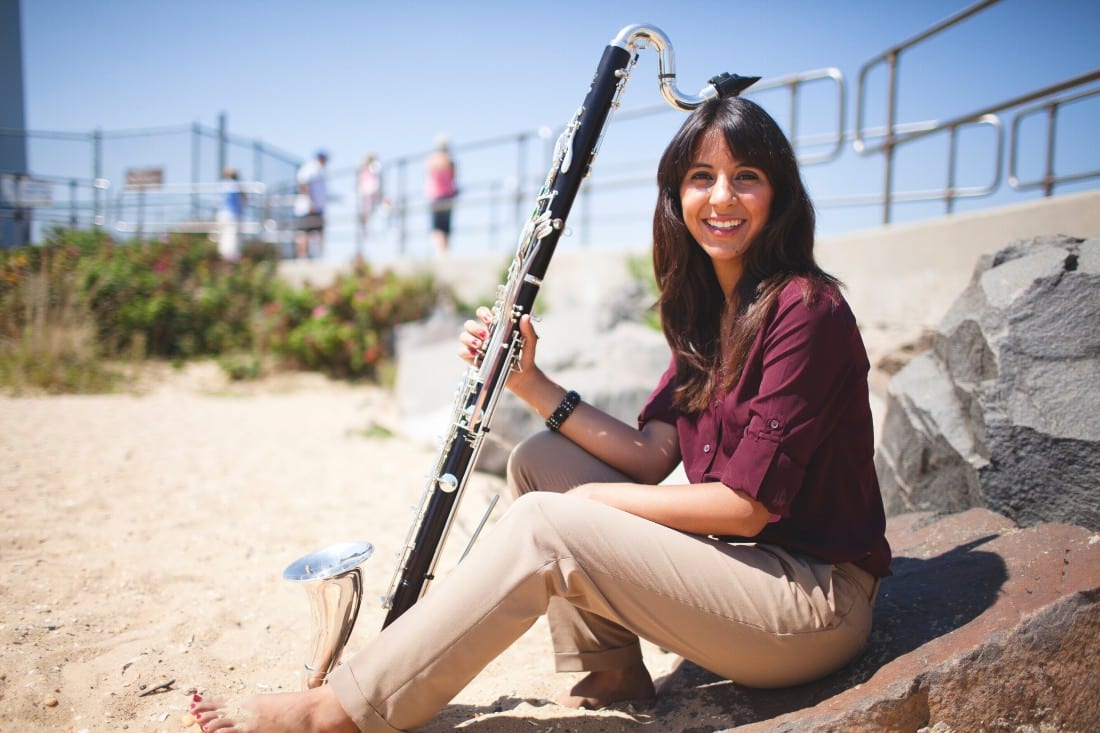 Nicole DeMaio is a Colombian-American composer, performer, and educator living in Jersey City, NJ. As a woodwind doubler, Nicole performs on flute, clarinet, saxophone, and bassoon. Currently, she works as a substitute musician on Broadway's "Aladdin", "A Strange Loop", "1776", "Kimberly Akimbo", and "Beetlejuice". Nicole was a member of the 2020 National Broadway Tour for An American in Paris, performing the Reed 2 book.

She earned degrees in Multiple Woodwind Performance from NJCU, Music Education and Music Theory/Composition from Montclair State University, and a degree in Composition from The Boston Conservatory.

Before moving back to NJ, she lived in Boston and taught music for grades 7-12 at Boston College High School and private lessons across Massachusetts.

As a composer, Nicole’s works have been performed across the nation and have won many awards. She was recently commissioned by The Rivers School Conservatory and Yale School of Music’s Music in Schools Initiative.

She is the current Director of Black Sheep Contemporary Ensemble, a group focused on commissioning and performing new music, interdisciplinary collaboration, and audience education.