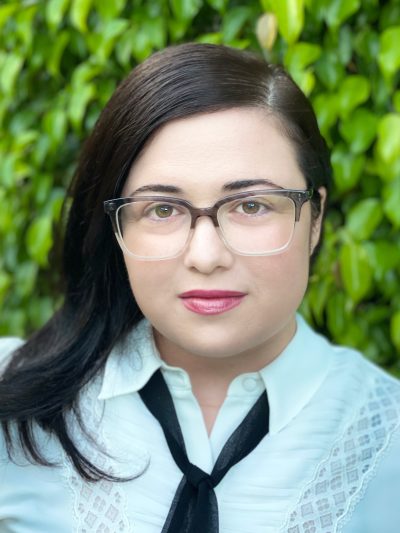 NICO JUBER is a Los Angeles native, 18-year cancer survivor, and mother of two young children. Her debut show, MILLENNIALS ARE KILLING MUSICALS (under development by K-Squared Entertainment), is an entirely original, irreverently funny, and heartfelt musical about the Millennial existential crisis, motherhood, and stereotypes that define a generation.

Her song "Who I Am" (from MILLENNIALS) had its world premiere in July 2020 at the Artists Striving to End Poverty (ASTEP) Art of Wellness Benefit and was selected for the A Little New Music showcase (delayed due to COVID19). MILLENNIALS was also selected to be a part of the New York Theatre Barn's New Works Series in December 2020.

Her haunting, sci-fi short musical, HOLO, won one of the top awards in the 2020 National Alliance for Musical Theatre (NAMT) 15-Minute Musical Challenge and has its upcoming premiere at the Beck Center for the Arts in Spring 2021.

After studying Philosophy and Psychology at Tufts University, Nico has spent the majority of her professional career working as a marketing executive for high tech giants like Apple and Adobe. She also runs a small nonprofit for other young adult cancer survivors called Thrive/Survive Los Angeles.