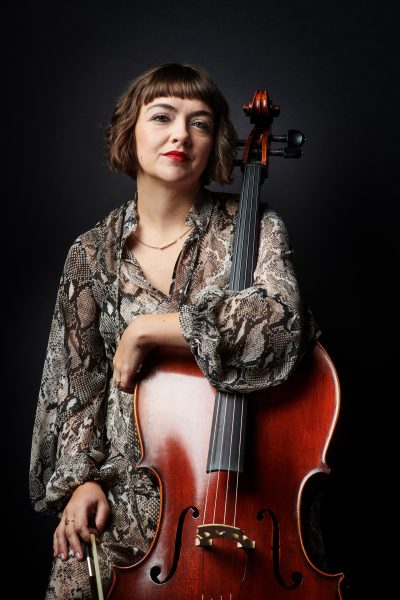 Neyla Pekarek began playing cello at age 9 in her hometown of Aurora, Colorado. She studied Musical Theatre and earned a degree in Music Education at UNC in Greeley, CO. In 2010, she joined the Denver folk-rock group The Lumineers as a cellist and vocalist, and after 8 years, touring and recording with the band, Neyla parted ways and began pursuing her own musical endeavors. In January 2019, she released her debut album, Rattlesnake, on S-Curve records, and was commissioned by the Denver Center for Performing Arts to develop her album into a musical production entitled, Rattlesnake Kate. Neyla is a proud member of Sweet Adelines International and The Barbershop Harmony Society, two organizations that nurture the craft of Barbershop Quartet Singing.