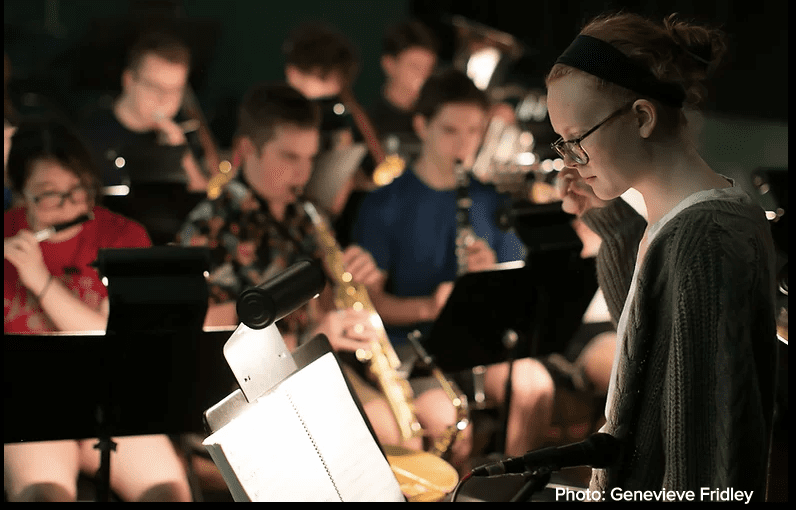 Nancy O'Connor is a primarily a music director, as well as a pianist, arranger, composer, singer, and voice-over artist. She was most recently the Associate Conductor for the "Lulu" National Tour of Waitress. Nancy has a B.M. in Contemporary Writing and Production, with minors in Conducting for Musical Theater and Musical Theater Writing, from Berklee College of Music. She also works as the In-House Arranger for the Boston Children's Chorus.

Originally from Central New York, Nancy is the Founding Music Director of At Rise Productions, a CNY based theater company dedicated to providing teenagers the opportunity to participate in all aspects of theatrical production. She has music directed several shows through At Rise Productions, including "Band Geeks," for which she was also the Artistic Director, and was nominated for a Syracuse Area Live Theater Award for Best Music Direction and Best Musical (2019).

As a musical theater composer, Nancy has co-written two cabarets of original music, one of which, "Teenage Nobodies" was produced in the Catherine Cummings Theatre in Cazenovia. In addition, one of the cabaret songs, "Which Way to Neverland?" was nominated for a Syracuse Area Music Award, and was chosen for Berklee's musical theater writing contest, Curtain Up. Nancy's original song "Lights," for which she wrote music and lyrics, was chosen for the same contest, orchestrated and performed in the Berklee Performance Center. She will have another song featured in this year’s upcoming concert.