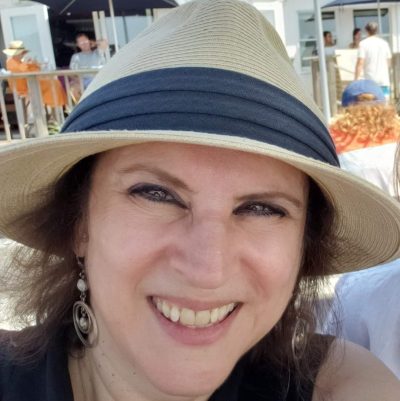 MINDI DICKSTEIN wrote the lyrics for the Broadway musical LITTLE WOMEN (MTI; Ghostlight/Sh-k-boom), which has been performed worldwide since its Broadway debut.

She is currently writing lyrics for BENNY & JOON, with music by Nolan Gasser and book by Kirsten Guenther, which had its world premiere at The Old Globe in 2017 and its east coast premiere at The Paper Mill Playhouse in 2019. BENNY & JOON, based on the MGM film, was a NAMT selection in 2016, and has been developed at Transport Group, the Johnny Mercer Goodspeed Colony, Theatreworks Silicon Valley, and the Rhinebeck Writers Retreat.

Other current projects include lyrics for THE LITTLE PRINCE, with music by Bob and Bill, a multimedia musical produced by Gorgeous Entertainment and MassBuzz, and two projects with composer Carmel Dean: MAIDEN VOYAGE (book and lyrics), commissioned by New Works Provincetown, which had a first concert reading in October 2021 at The Art House in Provincetown, and songs for WITNESSES (lyrics), based on the diaries of teens who perished during the holocaust.

Mindi’s work has been commissioned, produced, performed, and developed widely, including by Disney (TOY STORY - the musical), Second Stage (SNOW IN AUGUST), Playwrights Horizons (TRIP, based on Rip Van Winkle, a Steinberg Commission), ASCAP Workshop, Kennedy Center, 54 Below, and Lincoln Center (“Hear and Now: Contemporary Lyricists”). Honors include a Larson Foundation Award, New York Foundation for the Arts Playwriting Fellowships, and a Second Stage Constance Klinsky Award. She was an Oscar Hammerstein Fellow at and received her MFA from the NYU Graduate Musical Theater Writing Program, where she currently serves on the faculty.