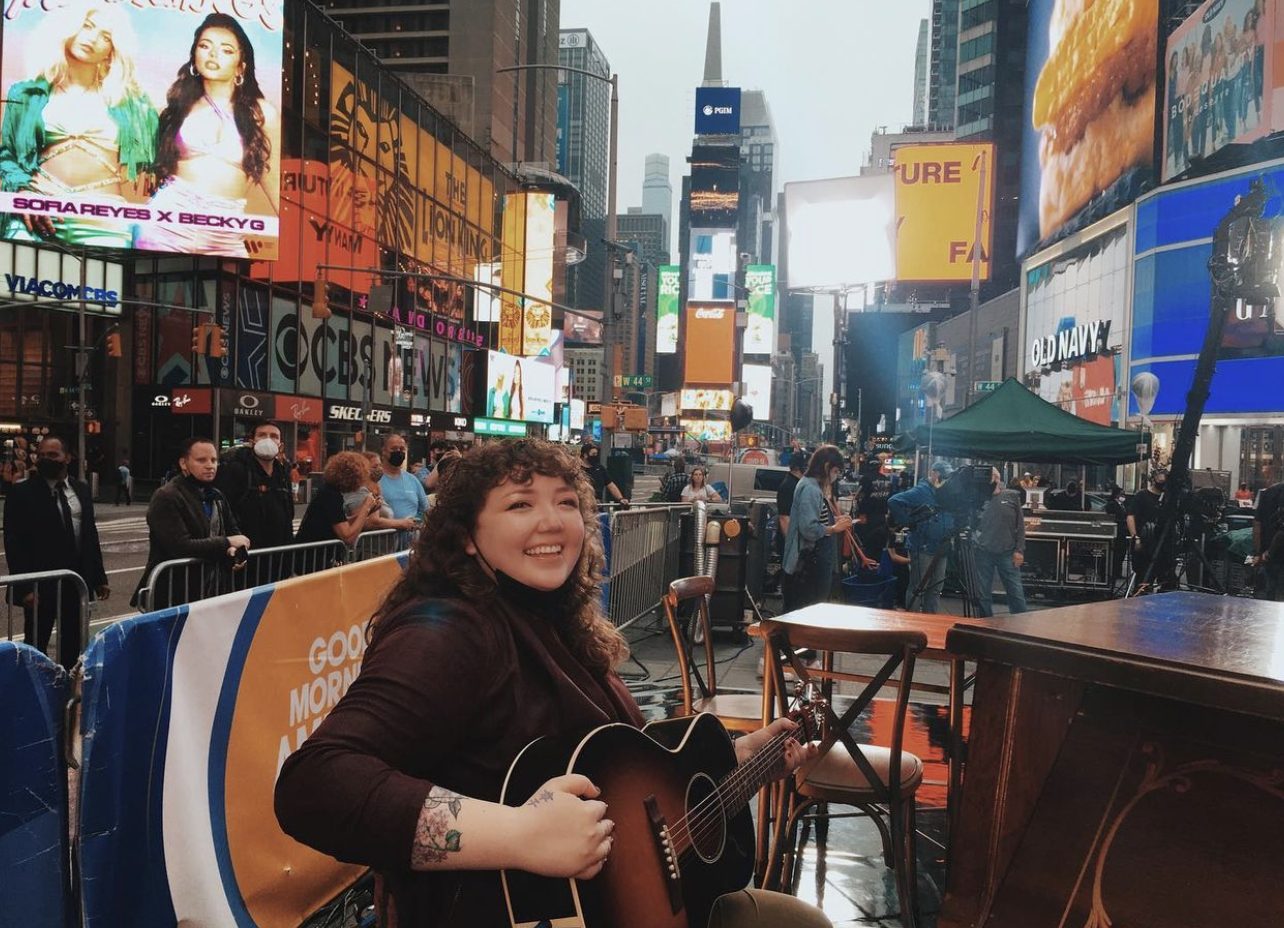 Michiko is a session, touring, and broadway guitarist based in Brooklyn, NY with 15+ years of experience ranging from musical theatre, pop, rock, jazz, country, and just about every genre imaginable.

Michi played her first professional gig as a pit musician at only 11 years old. Since then, she has played guitar for a large number of theatre productions, most notably holding the chair as Guitar 1 of the Spongebob Musical 1st National Tour, and is presently the guitar chair for the Hadestown 1st National Tour.

Aside from work in the theatre industry, Michi works as a session and live guitarist for a wide variety of popular artists. She was invited to play guitar alongside Andra Day for a gala at Lincoln Center hosted by P Diddy. The following year, she was flown out to Milwaukee Pride to play guitar for Garek X Betty Who.

In 2019, Michi was invited to play guitar/develop the guitar book for We Won’t Sleep (formerly known as JEANNETTE: a new musical) a new musical written by Ari Afsar (Hamilton) and Lauren Gunderson, directed by Erin Ortman, with music supervisors Mary-Mitchell Campbell and Meg Zervoulis. She went on to play guitar for Jeannette in concert at Subculture, and continues to be involved with the show.

Michi has four original solo albums in which she sings, plays guitar, and piano. Her song, “Glide Through the Flames”, can be heard in the independent BMX film, “Heroes of Dirt”. She co-wrote the soundtrack for "The Day That She Died", a short film featured in film festivals in the US and Italy.

In 2020, Michi composed and produced the film score for a new feature film by Kevin T. Morales called "Generation Wrecks". The score is a combination of classic 90s grunge songs re-created by Michi, as well as a collection of original underscore compositions.

Michi has an extensive background in jazz guitar/classical piano and is a strong reader of music.