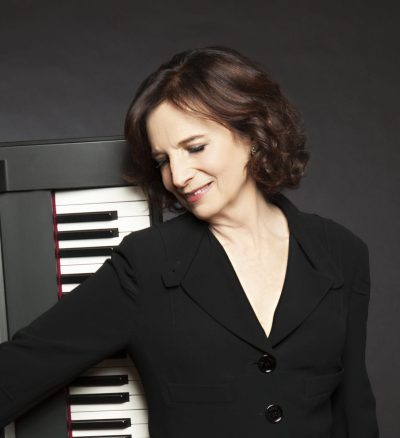 Michele Brourman is an award-winning singer/songwriter whose best-known song, “My Favorite Year” has been recorded by Michael Feinstein, Margaret Whiting, Dame Cleo Laine, and more.
With lyricist Amanda McBroom, she’s written the songs for 18 animated features for Universal Studios, including the beloved “Land Before Time” series, writing for artists like Reba McIntyre, Michael York, David Carradine, Jodi Benson, Olivia Newton-John, Donny Osmond, Corbin Bleu and a host of others. Her work has been featured in television and film and performed by countless cabaret artists, garnering numerous awards and critical acclaim.

Brourman’s work for the theater includes the dance and incidental music for the original Broadway production of “Working”, and the score for the musical “Dangerous Beauty” (with Amanda McBroom) produced at the Pasadena Playhouse. She composed the score for the musical “The Belle of Tombstone ( lyrics by Sheilah Rae, book by Sheilah Rae and Thomas Edward West). Together with Rae, she’s also created a series of short musicals, five of which have been finalists for the prestigious Heideman Award at the Actors’ Theater of Louisville.

She has produced CD’s for a number of artists, including Amanda McBroom, Dixie Carter, George Ball, Irina Maleeva, folk artist Doug Mishkin, and Broadway legend, Susan Watson, as well as all the songs for her animated features, working with co-producer Stephan Oberhoff.

Brourman has been called “a consummate artist/composer…. whose songs target the human condition with a simplicity, honesty and directness which make them into contemporary classics.”