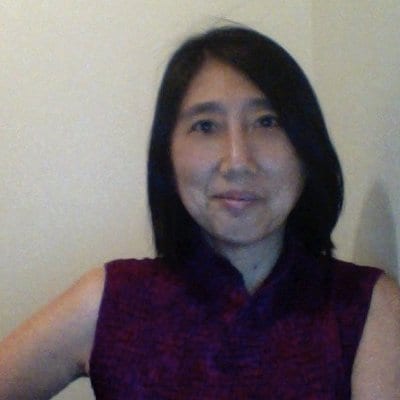 In 2005, she was commissioned to write Dreams Come True and The Boy Who Would Be Famous for Scott Foresman Publishing’s 2007 Reading Series: Readers Theatre Anthology (for elementary school students). For the 2007 Chicago Comedy TV Pilot Competition, Marie wrote and executive produced “Wingmen” (sitcom pilot about 5 Asian American men living in Chicago) which screened at the Music Box Theatre (July 2007) as a finalist and a runner-up, an excerpt of which was read as part of Chicago’s “Cold Reads, Hot Scripts” and L.A.’s “The New Normal Reading Series” -- both in 2018. Also in 2007, a concert reading of her musical "Roxane, of Bergerac" (Book and Lyrics: Marie Yuen, Music: Dave Flippo) was produced by Theatre Building Chicago.

In 2012, a 10-minute excerpt from her one-act “Autumn Moon” was produced in conjunction with A-Squared Theatre Workshop’s sold-out run of “My Asian Mom.” In 2016 Pearson Scott Foresman commissioned “Rosetsu’s Carp” as part of an anthology series of short stories and plays for students. In 2017 — her one-act play “Tourist Trap” was produced in NYC as part of the Fourth Annual Radioactive Festival: A Festival of Female Playwrights and was also featured in UC-Berkeley’s New Play Reading Series that same year.

Onstage Marie has appeared: twice in The King & I (Hong Kong and Chicago); as a platinum blonde tap dancing angel named Virtue in Anything Goes (Chicago); and as Tommy the Cat in Dick Whittington and His Cat (Hong Kong). Backstage, she’s been a stage manager for YAMA Works (Hamlet), the Pintig Cultural Group (Nanay Isog and her Children) and offstage she has been a past script reader for Victory Gardens Theatre (2004) as well as a Box Office Associate & House Manager for Lifeline Theatre (2001-2005).

Winner of the 1993 South China Morning Post/Radio Television Hong Kong Short Story Competition and the 1998 Dalan Award by CITA for Excellence in Acting, Marie holds a Bachelor of Science in Advertising from the University of Illinois-Champaign/Urbana and is a past copywriter for Cycle Advertising Ltd. and BBDO Hong Kong. She’s a member of the Dramatists Guild of America.