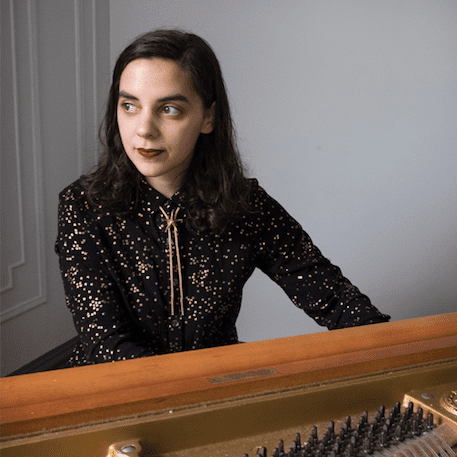 Maria Caputo blends technical and creative skills in her career as a musician. She is a composer; pianist and vocalist; music director, conductor, pit musician, accompanist, and rehearsal pianist; music assistant, transcriber and copyist; and a piano technician.

Maria completed the BMI Lehman Engel Musical Theatre Writing Workshop as a composer. She and lyricist Allison Light penned four songs for their second-year project at the BMI Workshop: their musical adaptation of "Stardust" (available on Maria's YouTube channel!) earned them an invitation to the Advanced Workshop at BMI. Maria has also written and music-directed short musicals for Across a Crowded Room at Lincoln Center ("The Crane Wife" by Hur, Freeman, and Caputo), Brooklyn Children's Theatre (BCT), and elsewhere.

She tunes pianos all over the Tri-State Area (New York metropolitan area), and loves meeting musicians and music lovers alike that way. Send her a message if you want your piano tuned!

In 2021 and 2022, she served as music director for two projects at Molloy/CAP21 in NYC (Molloy College's musical theatre conservatory).

Maria recently served as Music Co-Director and Music Associate for two workshop readings of musicals by Sequoia Sellinger and colleagues.

Maria is a proud alum of Sarah Lawrence College, where she studied music and literature. She attended the Instituto Superior de Arte in Havana for a semester (Cuba's leading arts conservatory). Maria is fluent in English and Spanish.

Maria is 1/3 of Classy Dame, a Brooklyn-based trio that meets at the intersection of musical theatre, Ben Folds, and Tune-Yards. Classy Dame's first EP, "Shut Your Mouth so the Bees Don't Get In", was released on February 17, 2022.