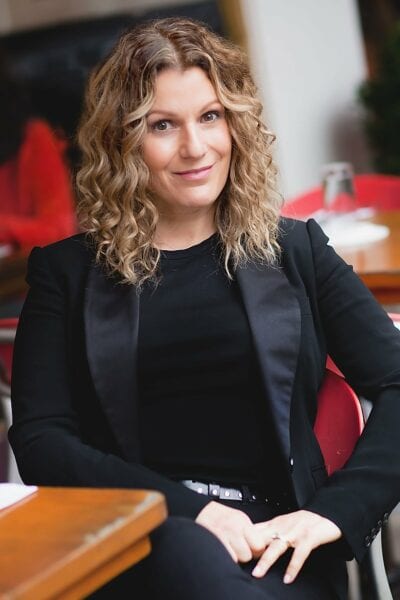 Lisa Tamagini is a New York City based teaching singer. After earning her Bachelor’s, Master’s, and Performer’s Certificate from the prestigious Eastman School of Music in Rochester, New York, Ms. Tamagini went on to have a successful stage career that has spanned over twenty years. She has appeared in leading roles in major opera houses and concert halls including, Houston Grand Opera, New York City Opera, Alice Tully Hall, Carnegie Hall, and The John F. Kennedy Center for the Performing Arts.
Beginning her work as a teacher a decade ago, Ms. Tamagini integrates her stage and singing experience with her understanding of the physiology of the voice. Using classical technique as the basis for liberating the voice across all musical styles, Ms. Tamagini’s students can be heard on Broadway and Off-Broadway stages, Opera Houses throughout the US and Europe. Her pre-professional students have matriculated to Young Artist Training Programs and major conservatories such as The Juilliard School, Eastman School of Music, Manhattan School of Music, Jacobs School of Music at Indiana University, Mannes College of Music, NYU Steinhardt and Tisch, Wagner College, Syracuse University, Ithaca College, Boston University, Harvard University, Carnegie Mellon University, and Berklee College of Music to name a few, as well as trained singers who went on to American Idol and The Voice.
Ms. Tamagini is the owner of Tamagini Voice Studio which serves performers from New York City, as well as Skype students from all over the US including Boston, Los Angeles, San Francisco, Chicago and Seattle. In addition, she is proud to be part of the founding voice faculty of The Special Music School High School in New York City, which is a collaboration between the Elaine Kaufman Cultural Center and the New York City Department of Education.
Ms. Tamagini resides in Manhattan with her husband and two sons.