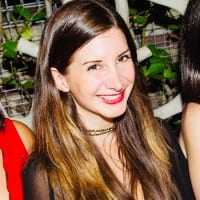 Lisa's horror-laced musical THE RADIUM GIRLS (Book/Lyrics) was a 2019 O'Neill Semi-Finalist and voted Winner at the 2017 Players Theatre Boo! Short Play Festival. Her musical comedy HOSPITAL KIDS (Book/Lyrics) was a Finalist for the 2019 City Theatre National Award for Short Playwriting and won Best Book at the 2018 SoundBites Festival. Her 90’s throwback high school musical WE ARE THE BENJAMIN HARRISON HIGH SCHOOL HORSE GIRLS! (Book/Lyrics) was part of Out Of The Box Theatrics’ 2019 New Works readings series. She collaborated on the song cycle A NEVER-ENDING LINE (Lyrics), which ran Off-Broadway at the Players Theatre in 2017 and was performed in France and Mexico. Her feminist holiday cabaret B. CAROLS (Lyrics) was performed at Feinstein's/54 Below. Her songwriting work was featured in the 2017 BMI Workshop Showcase, and has been performed at the Metropolitan Room, the Duplex, the PIT, and more. She was invited as a writer to the JMF Writers' Colony at Goodspeed and the Mercer Songwriters Project at Northwestern University.

Lisa is an alum of the College of William & Mary. She honed her crafts at the Second City Conservatory, the Annoyance Theatre, the BMI Workshop, and UCB.