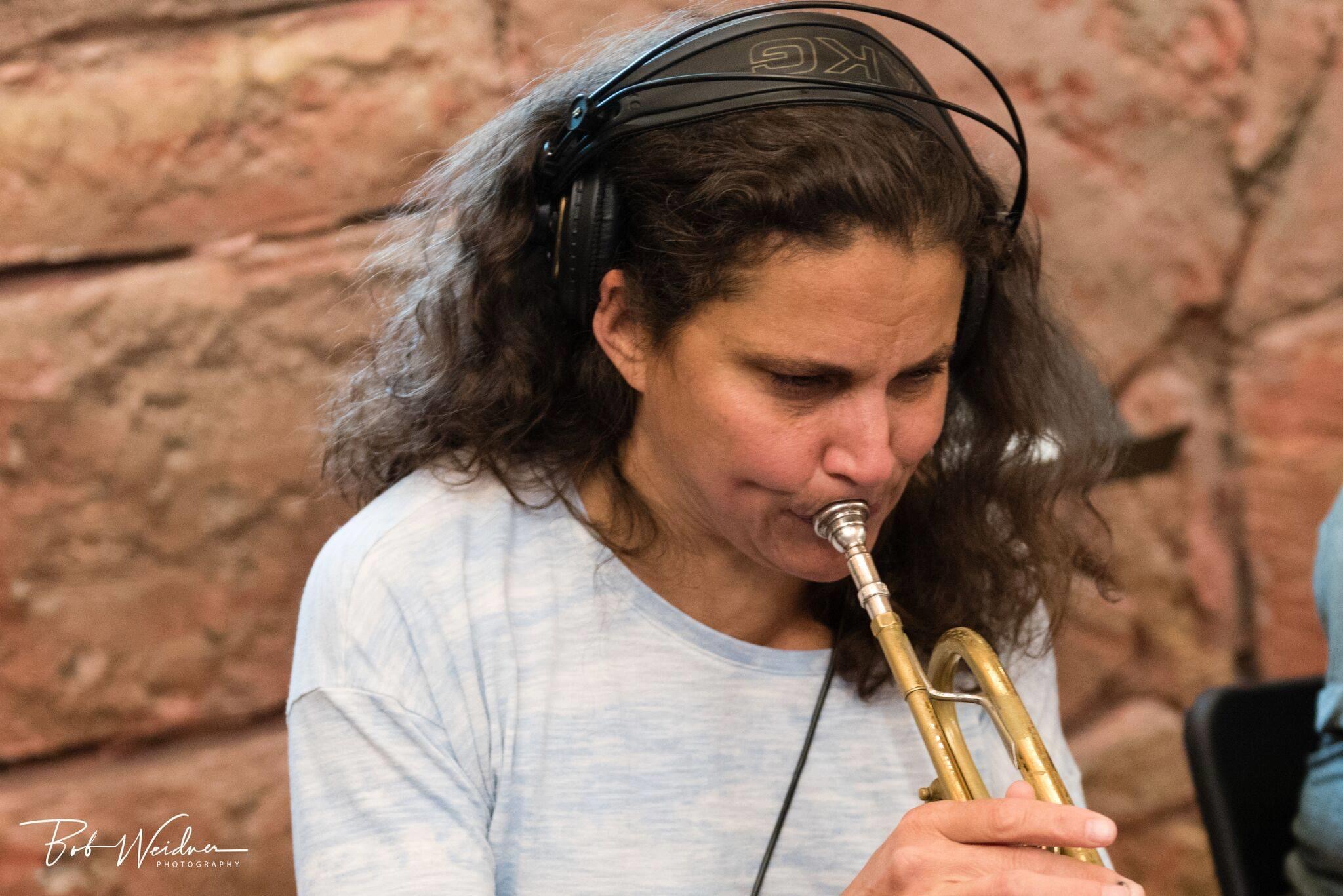 Liesl a professional trumpet player, specializing in lead and commercial playing. She currently performs in the pit orchestra for “Some Like It Hot” on Broadway. Formerly, Liesl played trumpet with “Mr. Saturday Night” (starring Billy Crystal) on Broadway. She is recently retired from the US Army, where she played lead trumpet for both the Army Blues and the Army Jazz Ambassadors for nearly 21 years. Liesl was the first female to win and hold this position in any premier military jazz ensemble, a feat she accomplished twice (Army Blues, 2000; Army Jazz Ambassadors, 2012). Prior to her military service, she lived and worked in New York City as a Broadway and commercial trumpet player. She has toured all over the world throughout her career. She is an original and current member of the Diva Jazz Orchestra. Liesl also plays lead trumpet for the Smithsonian Jazz Masterworks Orchestra in Washington, D.C. Throughout her career, she has performed with artists including Nancy Wilson, Clark Terry, Maria Schneider Jazz Orchestra, WDR Big Band, Joe Lovano, The Manhattan Transfer, Al Jarreau, Darcy James Argue, Maurice Hines, James Brown, Patrick Williams, Kristin Chenoweth, Diane Schuur, Judy Collins and others.

When not working, Liesl enjoys spending as much time as possible with her two children, Shane and Lauren. She also dedicates her time as an animal foster parent, helping place lost and unwanted pets in new, loving homes.