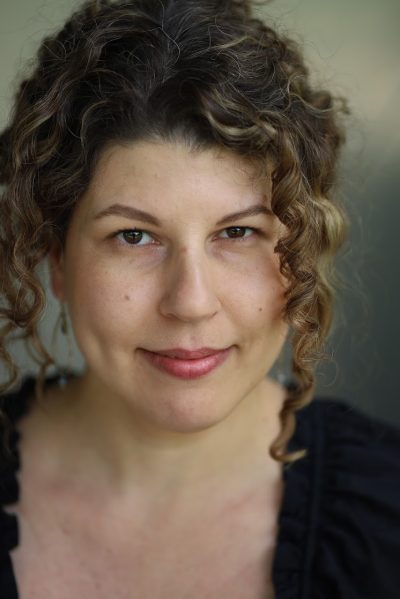 Leighanne Saltsman is a singer/songwriter/composer based in the Hudson Valley, within easy reach of NYC. She received both her B.Mus and a B.A. from Oberlin Conservatory and Oberlin College (Double Degree Program) and has performed as a chorister at Madison Square Garden, Lincoln Center, Carnegie Hall, Tanglewood and the Brooklyn Academy of Music, among others.

Her decades of experience as a singer in the classical, folk and jazz spheres allows her to set texts poignantly and intelligently, and she specializes in "setting the unsettable". If a character has something to say, there's always a way to make it happen!

As a producer and copyist Leighanne works in Cubase and Sibelius, and her passion is helping "analog musicians" learn to leverage the ever-expanding number of options available to them in today's home studio. MIDI is our friend!

--------------------------
CHROAL BIOGRAPHY
--------------------------
Leighanne Saltsman began her vocal career as soloist with the Rhinebeck Reformed Church Children’s Choir at age four, and has been singing ever since. A graduate of Oberlin Conservatory and Oberlin College's Double-Degree Program, Ms. Saltsman can be heard on on Orange Mountain Music's recording of Phillip Glass’s Symphony No. 5 with the Trinity Wall Street Choir and NOVUS NY, and on Vermont-based Bright Wings Chorus’s sophomore release of new and old shape note tunes, “Signs and Wonders”.

Leighanne's more recent performance credits include charter membership in the Downtown Voices Choir of Trinity Wall Street, appearances with the Bard College Chamber Singers, and tri-state area appearances as half of a vocal harmony duo presenting historically accurate renditions of music from Golden Age of American Popular Song. She has also written and recorded a demo-length album of original Americana music, arranged and presented jazz versions of Purcell arias at SPECTRUM NYC, and toured Vermont as part of the shape note ensemble Bright Wings.

As a soloist Leighanne has performed her original songs at clubs around NYC including Freddy's Backroom; LIC Bar; PATH Cafe and Cafe Vivaldi, and has presented works at Issue Project Room; The Firehouse Space; Arete Venue & Gallery and St. Ann and the Holy Trinity. She has also backed up many of her friends and colleagues in their own folk and jazz-based projects at The Metropolitan Room; Rockwood Music Hall and The Living Room.

Leighanne has many years of experience in Arts Administration / Music Management, and her clients have included Judy Collins, Sharon Isbin, Mark O'Connor and Bethany Yarrow (daughter to Peter, of Peter, Paul and Mary) among others.