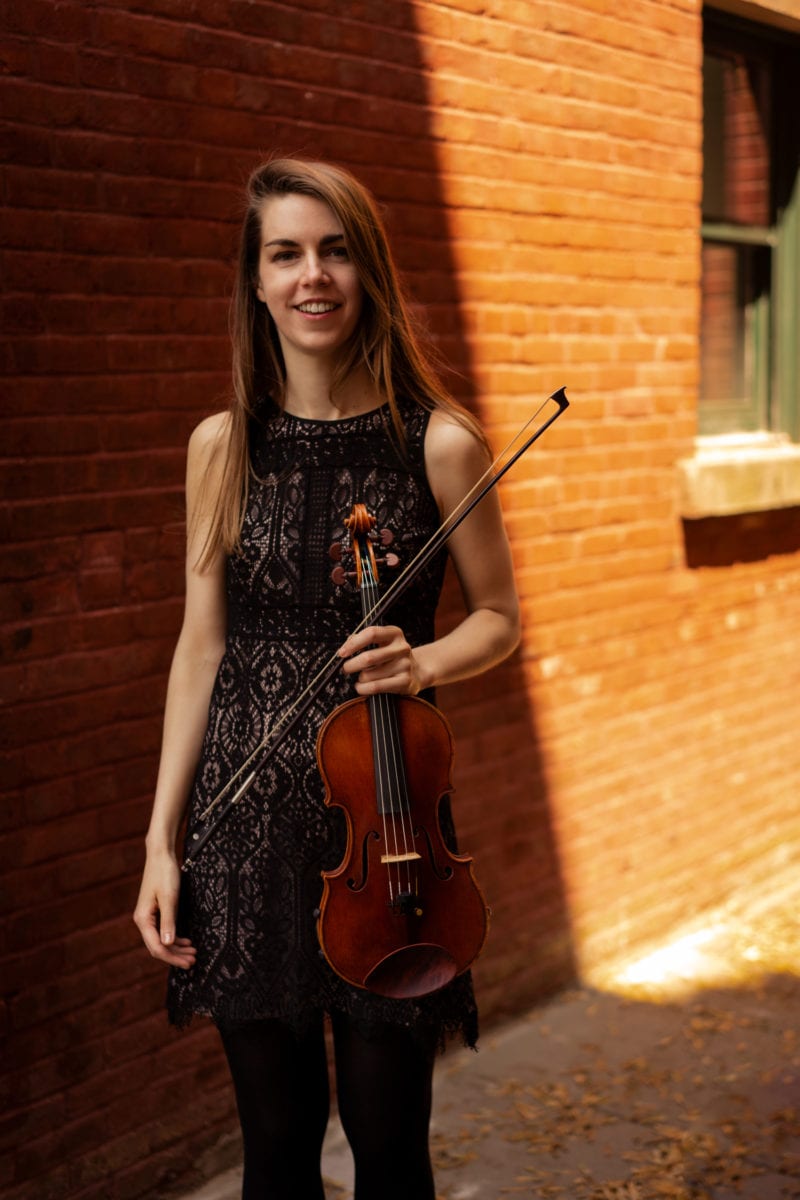 Laura Thompson is a violinist, violist, folk fiddler, and musical wanderer who finds herself at home in a wide variety of musical traditions. She especially enjoys working with composers on new works of music, collaborating with other musicians on chamber music projects, and discovering forgotten fiddle tunes from dusty recordings.

Originally from Milwaukee, Wisconsin, Laura studied with Milwaukee Symphony Orchestra violinist Jeanyi Kim and graduated from Interlochen Arts Academy in northern Michigan. She went on to receive of Bachelor of Music in violin performance from Northwestern University, where her primary teacher was Gerardo Ribeiro. While in Chicago, she also was a member of the Civic Orchestra of Chicago, and performed with the contemporary music groups Ensemble Dal Niente and Accessible Contemporary Music.

She holds a Masters of Music in violin performance from the Royal College of Music, London, where she studied with Berent Korfker and co-founded the new music group ExplorEnsemble. While in London, she premiered and recorded a number of new compositions, and performed at venues including the Royal Festival Hall, Cafe OTO, the National Portrait Gallery, and the Museum of Contemporary Art. As a solo Irish fiddler, she represented Britain in the All-Ireland Fleadh- the world championships of Irish music.

Recent festivals include Banff's Ensemble Evolution with the International Contemporary Ensemble, The Next Festival of Emerging Artists, Lucerne Festival Academy in Switzerland, and Klangspuren Schwaz's International Ensemble Modern Academy in Austria. She studied with composer John Mallia in the electronics workshop at NEC's Summer Institute for Contemporary Performance Practice (SICPP), and was particularly excited about the possibilities of performing violin and viola with live electronics. She has performed in masterclasses for Midori, Kim Kashkashian, and Daniel Hope.

Now based in New York City, Laura is performing with ensembles including the Curiosity Cabinet, Camerata New York, the Bronx Opera Company, DCINY, Cayuga Chamber Orchestra, the Westchester Philharmonic, the Rooftop Musical Society, and teaches violin and viola at the United Nations International School. She also recorded and performed as a violist with the NYC-based contemporary music string quartet The Rhythm Method.