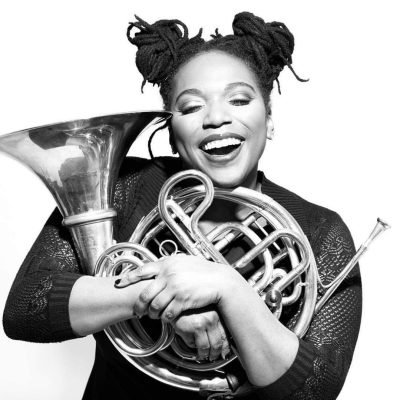 Kyra Sims is a collaborative musician, writer, and actress residing in NYC. She earned her Masters degree from Manhattan School of Music and has freelanced in NYC ever since, supporting notable artists such as Lizzo, Jon Batiste, Carole King, and Frank Ocean. She has worked as a musician both on Broadway and Off, originating chairs at the Drama Desk-Nominated shows Carmen Jones (directed by Tony Award winner John Doyle) and Superhero (written by Tony Award winners Tom Kitt and John Logan). She has also worked regularly as a substitute musician on the hit Broadway shows The Lion King and Anastasia. Kyra has appeared as a backing musician in Taylor Mac’s Pulitzer-finalist show A 24-Decade History of Popular Music, and has made television appearances on Mozart in the Jungle and VH1’s Big Morning Buzz Live. She debuted in 2015 as a writer, director, and performer with The New York Neo-Futurists, an experimental theatre company in NYC, and was nominated for a New York Innovative Theatre Award for her Sound Design work with the company.